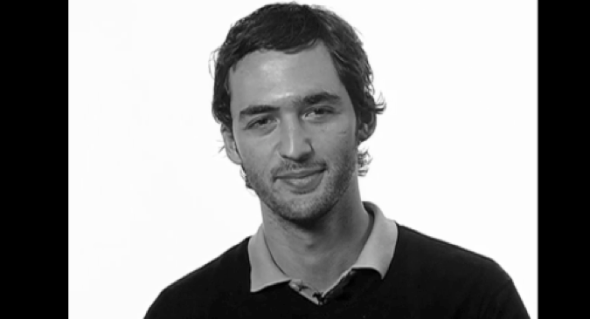 capture the world in a sentence.. ness…

Jason Silva: Relation between science and art: wonder from VINTlabs – The Sogeti Trendlab on Vimeo.

huge. let’s model another way (a people experiment) – so that everyone can keep/perpetuate their curiosities… no?

find him all over, perhaps start here:

tech to give us an aerial view of the big picture. you create technology and it liberates the scarcity into something of abundance

hopefully with technology we are creating better spaces to think in

via Jason: how does the brain understand itself

communicating the lonely shots of inspiration

turns out – being in awe – can be to our advantage 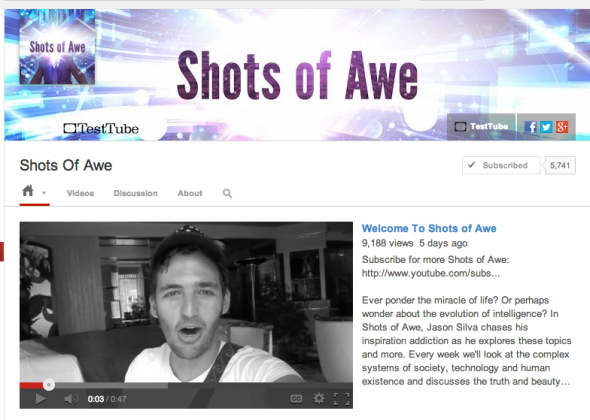 and graphic below links to Jason’s brain games:

We Are Already Cyborgs

and he was on london real.. yeah.

Ray Kurzwiel – we more at a loss that we don’t have a back up for us – when we have it for our devices.

4:27 – we’ll be surprised how quickly it will become normal… look where we’ve come 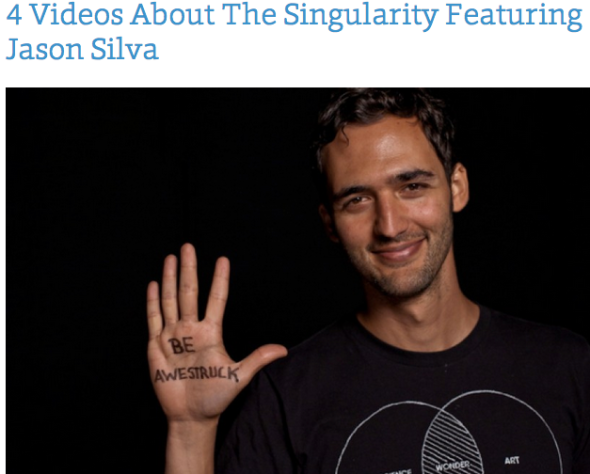 For me, every new technology is potentially a new instrument for human artistry, a conduit for new forms of human expression and creativity. Technology is that new language with which humanity can articulate its ecstatic vision of the world.

I believe that technology is the external literalisation and embodiment of human imagination.

cognitive hacks – create a crack in the perception of reality

Ignite Your Childlike State of Wonder

these are the only spaces that have every led to visions that have transformed the world..

blowing our own minds (w/awe) is therapeutic

we are impregnating mind onto the world 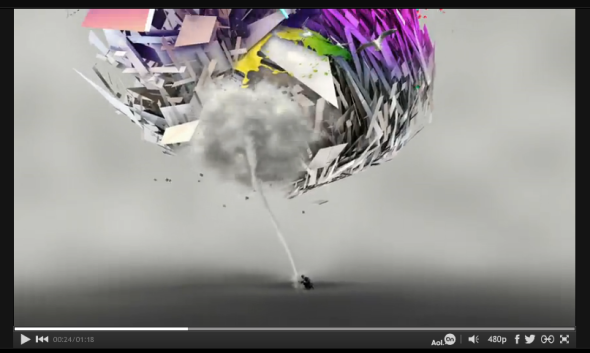 we long to be immersed

Did you catch The Remix Revolution, itself inspired by @remixeverything –youtu.be/JGHEhybXvOs

What we design, designs us back” – youtu.be/aigR2UU4R20

4 min – adjacent possible no longer connected to the real… but rather.. let’s build this platform – the eyes of the prize is kind of counter balanced – when it’s not explored in the present – D

or even build second life instead of this life – D

7 min – problem with constructivism is that it’s great to plan.. but hard to remember that we have to keep testing it with reality – … as long as that dream/trip is brought back into reality – rather than a way to get out of reality.. – D

drug induced high or tech high – our desire to chase these states… to hack perception – don’t you think that’s an amazing opportunity to play.. J

sure.. but … while we’re chasing our highs… we’re supporting a tech structure that we’re not in control of.. – D

after the trip – a reset of the self – J

the beauty of the coming down is you see the structures at face value.. – and can question that – D

when i came down – oh… we can do it this way – rather than build on structures that we had before. there are plenty of people to get you high as long as you don’t come down to question (paraphrase) – D

22 min – i’ve always envied people (like my mother) who find awe in everything.. then there’s those of us who have to induce it.. – J

24 min – the trick is to help people understand this isn’t reality but metaphorical ways of understanding reality.. we are like computers… memes are like genes… they’re just prone to the sort of m meade, g bateson abstracted understanding of reality as this kind of participatory mediated spectacle..

how can we upgrade our operating systems.. -J

the digital thing is so key.. the opposite of global/google.. for me digital is always the digits – local means of production… the whole local.. burning man, occupy, .. occupying reality… – D

27 min – you don’t have mental references for what you’re seeing.. so experience changes – subjectivity is transformed – on burning man – J

how do you define creativity… what happens to brain.. J

29 min – when humans do what only humans can do.. the expression of the paradox.. the weirdness.. the ambiguity.. – D

disneyland is like if the nazi’s had won and they weren’t evil.. but that’s not real – D

the world of the self can be a lonely place.. the reason we do inner work is so we can go out and engage with people. the practical concerns are so real – D

the practical concerns are being addressed…  – J

40 min – i just want to make sure we don’t use these medicines.. the same way we use prosac – D

50 min – q: how can we afford the opportunity

a: i was lucky… i made 8-10000 yr and i was fine with that.. coming out as a slacker.. my idea was to not have to work.. that’s why i hear obama and think..jobs? jobs are artifacts of renaissance..  lentils and rice.. you can live a long time on that.. you can survive.. i did that for a good long time. i tutored kids on sat’s in beverly hills mansions.. i was lucky. i’m a child of privilege – i had a long way to go down.. even though my friends saw me as the poor kid. and then – not getting off the bus.. i’ve not worked for others. – D

55 min – for me i like steven johnson’s the world has a lot of clues and you can read your way through it. my parent’s encouraged me to find my bliss. george carlin – psycho cybernetics.. brain a goal seeking mechanism.. you can teach your brain what to look for. 1. notice what moves you. 2. write it down. 3. look at notes later. primes your brain to see serendipitous connections.. hacking your brain to pay attention. that’s kind of like what i’ve done. you have those patterns marked in  your head. – J

1:00 having a kid – the slow of evolution have been staring me in the face all the time – oh my gosh those aboriginal people who we didn’t think knew much actually have what we need. – D

1:03 – you get your seat the table and you then are propaganda ist rather than journalist – so now what – D

a nother way. that.

i see – but – that is in a way biased to the communication style we are comfortable with.. maybe we’ll transcend words – J

science of people in schools ness. no words ness.

1:12 – q: wants there take on a systemic change in ed.. but then uses siloed success markers.. like graduating

a: education is due for a massive upgrade.. how we teach how we learn.. intro’ing crazy psycho tropes into the classroom – J – i was in montessori – big fan of sir ken – my mom also taught in the broncs.. so throw away what’s not working .. et al

so dang – why in the classroom? have you not experienced that in one of your trips..? what good is the high then. dang.

a: after my decade of awe – i said i’m going to the darkest places.. and test my awe – so i went to s africa.. et al .. to challenge and earn my awe by going dark. the only good trip is a bad trip. get as lost as i can and then come back. ed is one of those places. use digital tech to make them better in this (consumer) system. or we can say – use tech to ask – what’s education for.. right now.. what it’s for.. to create workers for factories..  now what is it for… depends on what we think the future of the economy is. if we think people only need to work 10% of the time… so then – ed is to embue people with critical thinking.. maybe ed is to develop people who will create the next ed system. – D

the loss when things are predesigned…

video – let us use tech to free us

let’s do this first

7 min – we bring to our experience… our interpretation.. a dance /collab between what’s coming in and what’s bringing to the table.. we don’t see world as is.. but as we are..

document everything ness – is like his vr video with

11 min – imagineering in our head

12 min – how to warp my world… feedback loops

13 min – dare to think diff than yesterday.. to be like a child

resonating with stuff below from us..

on small talk being oppressive

nonconformity and the creative life – 2014

how to resist the tug of conformity

host life bits via self-talk as data.. as the day.. for all of us

1 min – we are all free to create our own reality.. but only when we are bold enough to condition our thinking..

A little behind the scenes on my creative work and inspiration… thanks to Collective Hub and for full interview go here: https://collectivehub.com/…/how-a-creative-childhood-creat…/

mar 2017 – Hacking consciousness with VR and psychedelics for a better, gentler, kinder world.

we have this linear lens/perception.. we don’t think exponentially.. so missing out on potential

agree.. we have no idea.. the exponentiality of people energy toward betterness

world .. better off than it’s ever been.. fewer people killing others than ever

is this really true..? is suicide factored in..? are people’s souls better..?

if we could tweak people’s consciousness in a massive way .. i think we could change world/society..

the point is.. you’re forced to reconfigure your mental maps of the world..

let’s try it this way.. based on 2 convos..  deep/simple/open enough .. for all of us.. to leap (leap: exponentiality approaching/arriving at the limit of infinity..for (blank)’s sake…)

these awe experiences.. these opiated adjacencies.. crack us open..  people are hungry

money is not just beautiful or useful..

oh my jason.. making up money is killing us

getting out of your own way.. capturing real time flow.. channeling..

hlb that io dance ..as the day

capacity to explain what you’re feeling/thinking

If you’re not sure where to start. Start with your curiosity. ( @jasonsilva) https://t.co/jckVQsDtUp

Ourselves As Our Biggest Threat

we’ve already been told that depression and anxiety are being diagnosed at epidemic levels.. that there is a fundamental fracture in our collective psyche.. that our hunger for meaning.. our desire for cosmic heroism..

tolstoy: man’s inability to live w/o a way to bridge the finite with the infinite is severely under threat

we don’t have faith anymore in large numbers.. we don’t have a connection with something large than ourselves.. starved for deeper meaning/significance.. seekers.. hungry for something else.. yet we can’t seem to find what we’re looking for

today.. this is our crisis.. our societies.. our cities.. our social structures.. are organized in a way that is oppressive to way too many of us.. does not allow for acts of cosmic heroism.. for symbolic slaying of the dragon

some people are so poor all they have is money.. and so.. i think we need to rethink this whole picture of how we organize our lives..

.. come out with better symbolic structures that allow our psyches to merge with some higher meaning.. so that our lives can stand for something.. this i think.. could be our cure

WHY ARE WE SO SAD? According to the World Health Organization, DEPRESSION is now the world’s most widespread illness.

perhaps we need a diff approach..

i invite you to join me to figure this out

free from notion to be coupled to any one self limiting reality tunnel.. liberating our imagination to move into space/places we can play..

reconnecting us w feelings of deep presence.. that childlike sense of first sight unencumbered by knowingness..

just after read dawn of new everything

so.. 53rd defn: potentially is therapy.. & anything less will be a travesty

stop trying to make art and just be art..