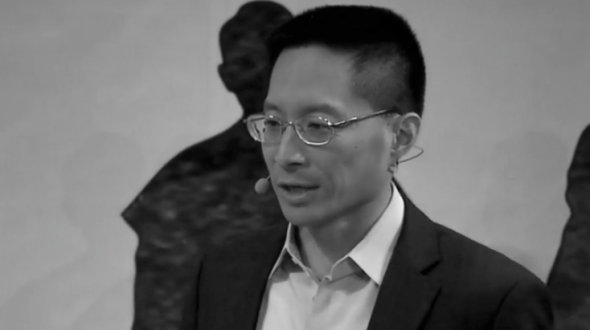 agree with at the level of the city – wondering about the term power..

re-imagine civics as the teaching of power –

if people don’t learn power – they don’t wake up

no better place for practicing (power) than the city

in the city – as the day

write a narrative from the future of your city

Citizen University works with a national array of partners to help Americans cultivate the values, systems knowledge, and skills of effective citizenship.

book: the garden of democracy,  written with Nick Hanauer

True self interest is mutual interest. (Society, it turns out, is an ecosystem that is healthiest when we take care of the whole.)

the story going on in my head while listening to Eric for this 30 min – steeped in history.. as prescription..

beginning talking about how small our groups/tribes are becoming.. and how bad that is.. only getting together with people who agree with you.. then politics.. so lopsided.

perhaps the politics is what needs changes.. perhaps we’re modeling a diff form of consensus.. ie: moving the people to like groups.. to do something else.. rather than making all the people decide on same ideas.. ie: via voting/assemblies.. renewing vows ness

14 min – aspen institute work – what every american should know..  if we want to be real about who we are we need to see it in a full spectrum way..

15 min – i do believe in a particular notion of american exceptionalism.. no other country on earth more dedicated to a proposition.. we are bound together by a creed..ideals.. not be tribe/blood/faith.. when you have this creed.. it’s a fragile thing.. can be chucked.. so important for every generation to renew what’s in that creed..

18 min – on renewing all these things that make us american.. (people raising right hand to become american.. sworn again america.. to renew vows.)

22 min – a very american thing to have this bottom up..

everything i’m talking about boils down to two ideas.. power and ownership.. in theory .. everyone of us is supposed to have power..

then goes into lists of decisions.. that sounds like spinach or rock to me.. power isn’t power if the game doesn’t change..

24 min – on ownership – local – you own the problems… of all of us..  you aren’t stuck in traffic.. you are traffic… there’s no such thing as not voting.. not voting is voting to hand power over to somebody who wants to lord it over you

25 min – incivility.. it’s where people are both not civil and backward minded and stupid where we have trouble..

so.. i’m hearing.. we have to play the pre-scripted game.. with the pre scripted verbiage..?

used to be a time when voting was fun – most of american history… parades and bonfires..

voting killed by tv and internet.. couch became the commons.. being a lone together.. we need.. being together together.. voting feel more like.. join the club/party…

how to make this happen – by making it happen..

ie: miami – hot parties.. only way to get in is to show registered to vote

akron.. open call to public to give speeches.. poem -voting to break down wall of shame

have in common – work is rooted in place.. when politics become just a presidential election… yell and scream.. but when politics about us.. coming together with collective voice/imagination..

why bother.. voting matters.. self-fulfilling act of belief.. when we vote.. part of a collective leap of faith.. helps us generate the very power we wish we had..

yank individual out of the private.. bring imagination to life..

the meaning of imagination.. our ability to take that spirit.. sense.. not just a matter of tech expertise.. matter of spirit..

no such thing as not voting..  not voting is voting.. it’s actively handing power over

not voting is for suckers..

wow.. speaking of imagination.. let’s get a little more imaginative..

let’s have that revolution… let’s vote it into existence..

how about just live it

many in milwaukee neighborhood didn’t vote

They admitted that they could not complain too much: Only two of them had voted. But there were no regrets.

“I don’t feel bad,” Mr. Fleming said, trimming a mustache. “Milwaukee is tired. Both of them were terrible. They never do anything for us anyway.”

we can do better..

Nationally, about half of registered voters did not cast ballots.

The biggest drop was here in District 15, a stretch of fading wooden homes, sandwich shops and fast-food restaurants that is 84 percent black. In this district, voter turnout declined by 19.5 percent from 2012 figures, according to Neil Albrecht, executive director of the City of Milwaukee Election Commission. It is home to some of Milwaukee’s poorest residents and, according to a 2016 documentary, “Milwaukee 53206,” has one of the nation’s highest per-capita incarceration rates.

At Upper Cutz, a bustling barbershop in a green-trimmed wooden house, talk of politics inevitably comes back to one man: Barack Obama. Mr. Obama’s elections infused many here with a feeling of connection to national politics they had never before experienced. But their lives have not gotten appreciably better, and sourness has set in.

“We went to the beach,” said Maanaan Sabir, 38, owner of the Juice Kitchen, a brightly painted shop a few blocks down West North Avenue, using a metaphor to describe the emotion after Mr. Obama’s election. “And then eight years happened.”

Mr. Albrecht, of the election commission, said other factors contributed to the decline in turnout. This was the first general election under new state laws that required voters to produce an approved photo ID card, and that stiffened the requirements for new voters to prove their residence. This was particularly onerous for the poor, who move often.

Mr. Albrecht said he believed this change had cost several thousand people in the city their vote.

“To me that’s very significant,” he said. “It takes away from the fairness and integrity of the election.”

Perhaps the biggest drags on voter turnout in Milwaukee, as in the rest of the country, were the candidates themselves. To some, it was like having to choose between broccoli and liver.

Reconstruction failed for many reasons. But it might have succeeded in delivering on the idea of equal citizenship had it had more conflict and less consensus.

Reckoning—“facing history and ourselves,” to use the name of a well-regarded educational nonprofit—means naming the inherited power inequities that have brought us our contemporary conflicts. This is the “truth” part of “truth and reconciliation,”

Imagine forming citizen “talking circles” all across the country, where people of differing world views agree simply to listen to one another.

indeed.. 2 convos ness.. and too.. what if in facilitating a&a many of arguments we imagine today.. become irrelevant.. freed by and freeing us up to more of ie: gershenfeld sel ness

i know you ness

The arguments in American politics today are stupid in many ways: They’re stuck in a decaying two-party institutional framework; they fail to challenge foundational assumptions about capitalism or government; they center on symbolic proxy skirmishes instead of naming the underlying change; they focus excessively on style and surface.

Americans can do better. Remember: America doesn’t just have arguments; America is an argument—*between

ah.. and that’s where i have this unsettling ness about arguments..  *between ness is killing us..

lighten up on the defense strategy.. and just live.. everyday

in their book the gardens of democracy, eric lui and nick hanauer argue that moving from ‘machinebrain’ to ‘gardenbrain’ thinking calls for a simultaneous shift away from believing that things will self regulate to realising that things need stewarding.. ‘to be a gardener is not to let nature take its course; it is to tend.. gardeners don’t make plants grow but they do create conditions where plants can thrive and they do make judgements about what should and shouldn’t be in the garden’..

eric and cathy on democracy and informed populace/citizenry

Cathy Davidson (@CathyNDavidson) tweeted at 5:30 AM – 29 May 2019 :
This should be something we do not need to say but we need to say it over and over. Corollary: there is not democracy without an informed populace. There is not success in life without curiosity, creativity, and an openness to learning. https://t.co/3y5b8r3saK (http://twitter.com/CathyNDavidson/status/1133697088032780288?s=17)

this is main reason democracy is killing us (and perpetuates by calling it a given.. ie: shouldn’t need to repeat)..  informed populace

love/interconnectedness trusts that all we need is already in us