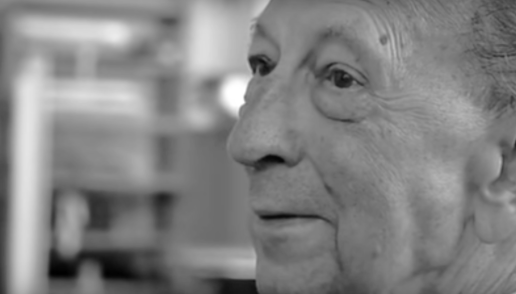 5 min video of his work [https://www.youtube.com/watch?v=RaP5x2n5uxQ]

“New Babylon is an experiment in extreme hospitality. It’s not an architecture in which the whole world would be housed, but a piece of architecture in which the whole world would be able to house itself according to the way it wishes to, according to the life it would like to live. Hospitality is not easy. Hospitality is openness to the stranger. It is to embrace the risk of the other. It is to welcome somebody else into your house who you don’t know, and without knowing how they’re going to act.”

Read an excerpt from Mark Wigley’s essay reflecting on the work of Constant Nieuwenhuys and an architectural paradigm of free space and time afforded by automation.

NEW BABYLON: RADICAL HOSPITALITY IN A WORLD BEYOND LABOR

An excerpt from Mark Wigley’s essay about an architectural paradigm of free space and time afforded by automation.

As part of the exhibition at the Dutch Pavilion at the 16th Venice Biennale of Architecture, Mark Wigley has revisited “New Babylon” (1956-74), the project by influential Dutch artist Constant Nieuwenhuys which envisions models for cities with the playful and creative human being at the center. Attempting to resolve the dichotomy between work and leisure, Constant speculated about a society freed from the need to work by automation and visualized the post-labor world.

In New Babylon, people are liberated from manual labor and can dedicate themselves fully to the development of creative ideas. Constant did not simply consider New Babylon as a design for a futuristic city, but as a “design for a new culture.

In his project and essay, commissioned by Het Nieuwe Instituut as part of “Work, Body, Leisure” exhibition, Wigley explores the conflictual ethical questions that arise from the idea of a society freed from work. *Will technological order eradicate violence? Would New Babylon be possible without the work of the other?

*perhaps not.. but perhaps tech dis\order (carhart-harris entropy law – letting go of hard won order) would.. ie: tech as it could be..

Seemingly benign, conventional buildings, very simple buildings that simply offer an interior space, always sustain violence through these systems of exclusions and hierarchies. Every time architects draw a line, there is always on the one hand a promise for making a space for people, and maybe a wider space for more people, but it’s always exclusionary; there are always those who are left out.

The language of inclusivity is a secret language of exclusivity.. Every line has the capacity to give comfort, space, time, to one group, and take it away from another.

Can you draw a line that welcomes without also excluding?In Constant’s theory, every line is violent. Every line has to be undone. Every line has to be provisional, dotted, blurred, contested.. t How, then, do you operate as an architect? That is to say, a person who draws lines, while depowering the lines, by not allowing the line to be violent, to exert its violence? Miesian architecture may inspire hospitality, but it never strays too far away from the idea of authority. The room we are in is in every sense exclusive.

siddiqi border law: every border implies the violence of its maintenance – Ayesha Siddiqi

The real generosity of a host is not to invite someone or something to occupy a space, but to invite a transformation of the space..t

New Babylon is the most extreme and invaluable example of extreme hospitality. Here, hospitality is extended to the whole species. It is a genuinely popular architecture for a world in which no one would be considered either ordinary or strange. This would be, to put it crudely, an architecture for the people, and nothing less.

Constant really tries to ask the question: how could we live together? What does it mean to be suspended within a networked world beyond labor? ..t

bishop freedom law: how do i have to be in order for you to be free – Orland Bishop

But the question Constant could not answer remains, this brutally important question: how will we live together when it would seem that one of the key characteristics of our species is its murderous relationship to itself?..t..  Our insensitivity and brutality towards others, our ability to anesthetize ourselves to the suffering of others, even to our own pains and pleasures. The repressive default setting reinforced by the new brains and body that we have become through the *technological adjustments to our own organism..t..  forces again a new generation of architects to ask, what is it that we could offer? What could hospitality be?

Constant painted his first oil painting, De Emmaüsgangers, at age sixteen. It depicted the revelation of Jesus to two of his followers in Emmaus. With no money to buy materials he painted this painting on a jute sugar bag with pigments he had bought from a house painter.

The city of Bergen was evacuated by the Germans in 1943 and so Constant and his wife Matie van Domselaer, whom he married in July 1942, moved back to Amsterdam. During this period Constant went into hiding and refrained from registering at the Kulturkammer (Nazi Chamber of Culture) to avoid the Arbeitseinsatz (labour supply for the Germans). Because of this he was unable to conventionally exercise his craft or to buy art supplies. To paint Constant used tablecloths and bed linen and had to rinse them out to start again.

During the war Constant’s brother in law, Jaap van Domselaer, moved into the apartment to hide from the ‘Arbeitseinsatz.’ He introduced Constant to Plato, Spinoza, Descartes, Kant, Hegel and Marx. Especially the latter provided great inspiration to Constant regarding his later ideas on art and society

When the war ended Constant was able to expand and grow as an artist after years of captivity and limitations. He liberated himself artistically and experimented with multiple techniques of art-making. He was inspired by Cubism, especially by Georges Braque.

n 1946 Constant travelled to Paris for the first time where he met the young Danish painter Asger Jorn. The friendship between Jorn and Constant later formed the basis for the avant-garde movement CoBrA..a name which was made by Dotremont, formed by the first letters of their hometowns: Copenhagen, Brussels and Amsterdam. The members opposed aesthetics in painting and bourgeois art in general.. The CoBrA artists were considered scribblers and con artists

For Constant art had to be experimental. He had deducted this from the French word ‘expérience’ and believed that art springs from experience of the artist and is continuously changing. In the manifesto he stated that the process of creation is more important to the experimental artist than the work itself; it is a means to reach spiritual and mental enrichment. Also, the work of experimental artists is a mirror image of changes in the general perception of beauty

After CoBrA Constant’s work became more abstract. Back in Amsterdam in the summer of 1952 he developed an interest in spatial architecture and three-dimensional works. With Aldo van Eyck, whom he met during his CoBrA time, he created a space for the exhibition ‘Man and House’ at the Urban Museum Amsterdam from 1952-1953.

At that time (52) Constant lived near Kensington Gardens and as he walked through the bombed city every day he started to wonder how people live and how cities should be built. His stay in London raised his awareness of how the constructions that surround us influence us. He felt that the constructions of his time were mostly practical, immensely dull and provided no room to develop playful and creative lifestyles.

(56) Constant presented his lecture Demain la poésie logera la vie in which he pleaded for a free architecture which could stimulate a creative lifestyle rather than impede it.In 1952 Debord had founded the Lettrist International for which he was a writer, filmmaker and strategic activist. The ‘Lettrist International’ were also at the Alba congress and they pleaded for a unitary urbanism (the synthesis of art and technology). Later that year Constant visited Debord in Alba, which proved to be an inspiration for both.

Debord wanted to establish an even more radical movement which would totally abandon the arena of fine art while solely focusing on questions of psychogeography, a total dissolution of boundaries between art and life. In 1957 he and Asger Jorn brought together the International Movement for an Imaginist Bauhaus and the Lettrist International by establishing Situationist International. They specifically denied their status as an art movement

Constant did not join SI at that time. He objected to the SI on the ground that the movement seemed to be established mainly by artists who have their own interest at heart more than a common goal. When SI openly pleaded for ‘unitary urbanism‘, as defined by Constant and Debord, Constant joined. An intensive correspondence between him and Debord followed. Constant wrote several theoretical articles for the French SI journal and staged events at several museums in Paris as well as the Stedelijk Museum in Amsterdam, where he showed his New Babylon series in 1959.

The success of the New Babylon show in 1959 prompted SI to plan a group exhibition there in April–May 1960. This exhibition would never take place. Disagreements in the group resulted in a split and several expulsions. In 1960 Constant left the group for the same reason he initially objected to joining. By 1961 no one remained of the original artistic core or tendency except Debord himself. though members more allied to the SI’s political tendency remained.

He abandoned painting to work solely on his New Babylon project from 1956 to 1974.

With New Babylon Nieuwenhuys envisioned a “world wide city for the future” where land is owned collectively, work is fully automated and the need to work replaced with a nomadic life of creative play. New Babylon is inhabited by homo ludens, who, freed from labor, will not have to make art, for he can be creative in the daily practice of his life.

art (breaking down hierarchy ness of bot ism).. the thing you can’t not do.. et al

In Nieuwenhuys’ own words:

The project of New Babylon only intends to give the minimum conditions for a behaviour that must remain as free as possible. Any restriction of the freedom of movement, any limitation with regard to the creation of mood and atmosphere, has to be avoided. Everything has to remain possible, all is to happen, the environment has to be created by the activity of life, and not inversely.

unconditional ness.. of a nother way

The New Babylon project consisted of a series of models, constructions, maquettes, collages, drawings, graphics and texts expressing Constant’s theories of urban development and social interaction. A few examples of spatial constructions for which he used modern materials like stainless steel, aluminum and perspex are Het Ruimtecircus (1956) (Spatial Circus) and Het Zonneschip (1956) (Sunvessel).

In 1974 the New Babylon project officially came to an end with a large exhibition in the Gemeentemuseum Den Haag. Because he lacked room to store the vast collection of constructions, maquettes, maps and structures he sold them all to the museum. In 1999 Constant’s New Babylon: City for Another Life, opened at the Drawing Center in New York. It was his first solo exhibition in the United States and was curated by Mark Wigley. There was a symposium conducted in conjunction with the exhibition.

According to the Dutch architect Rem Koolhaas, Nieuwenhuys has made a lot of architects think with his New Babylon: “He was an example of courage”.