We believe, what’s not yet been tried is a city-wide, during-the-day movement.

If this plays out like we’re anticipating, in even just one city, it could be enough evidence for people to start believing they can do it too. anywhere. today.

Because of our unhealthy state, overwhelmed with busyness, stress, and policy, perhaps money could provide a synchronicity, an acceleration, that could hasten equity. Money as placebo to help us question money. To free people, spaces and tech, all at the same time, in order to model a healthy future, we’re seeking 20 million. A ballpark figure, because that amount is being thrown around nationwide for race to the to initiatives, because it could be the future monetary value in a community if we did funding differently, ie: per census, and/or if we start practicing a time/talent share economy – displacing (and/or making irrelevant) money as we now know it.

We must do away with the absolutely specious notion that everybody has to earn a living. It is a fact today that one in ten thousand of us can make a technological breakthrough capable of supporting all the rest. The youth of today are absolutely right in recognizing this nonsense of earning a living. We keep inventing jobs because of this false idea that everybody has to be employed at some kind of drudgery because, according to Malthusian-Darwinian theory, he must justify his right to exist. So we have inspectors of inspectors and people making instruments for inspectors to inspect inspectors. The true business of people should be to go back to school and think about whatever it was they were thinking about before somebody came along and told them they had to earn a living. – Bucky Fuller 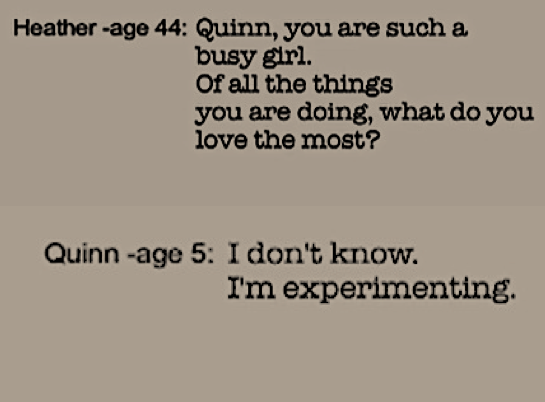 imagine if 7 billion people were usefully preoccupied – with the things they can’t not do.

perhaps so many.. like Bucky and Illich and Jacobs and Holt and Papert and … saw the vision (of ie: networked individualism ness) but we, then, didn’t have the means, and/or the (zoom dance) focus, to carry it out. at least not with enough sync for it to work (by realizing the ongoingly not working ness is the working ness.. et al)

we never took/accepted/realized those x-d glasses/dimensions, in order to see our issue/problem/pickle as (in Jane’s words) organized complexity. and so – then – we were/are always getting distracted by the shiny.

we’re so intoxicated/trained/believing that certain spaces are where we go to live/learn/be (ie: conferences/classrooms/etc).. because that’s what’s been prepped for us by experts – and well – because that’s the way we’ve always done it.  so when we go to those spaces – we put ourselves on autopilot.. ie: turn ourselves off.. ready to be filled/changed.

we keep prepping for and then attending theses prepped spaces.. encouraging deadness. the rallying/repeating/regurgitating whatever has been prepped for us to rally/repeat/regurgitate. and since it’s often shiny, ie: seemingly better than what we have/experience now- and the space is designed around getting us in the mode/zone required. how could we not.

perhaps we trust 7 billion to slow down and listen, as if there were 7 billion classes/conferences/etc going on 24/7. ie: each moment an adventure. a year to be 5 again ish. just to see.

in the city – (Jane tells so vividly in ch 22 of death and life) eclectic ness on steroids. 24/7 aliveness. messy – yet all interconnected. all inclusive. chaordic. none of us are free if one of us is chained ness.

as the day – without getting the x-d ness of in the city.. we misunderstand the essence of trust. the 100% ness of it. the – partial freedom is no freedom ness. and so we end up experimenting with people who are (after 7ish hour days at what they’re supposed to do) too tired to be curious/alive/themselves.