here it is.. the thing that’s so important to lose sleep over…

a little visual hygiene happening… base content for understanding without teaching to the test – cool jets.

stationary circle: think ferris wheel. you get off exactly where you got on – no matter how long you ride. one route. one start. one stop. same relative location.

moving cycle: think bike wheel. you stick a tack in the wheel (don’t actually do it) and ride to the store. trace the tack’s location. even if it ended up on the same location of the wheel (say little hand two-o’clock) it didn’t end up in the same relative location. for a bike, unlike a ferris wheel, different routes are possible – you can go more places that just to the store.
now you’re seeing with regular glasses, but with a visual sense of relative location. tougher – but many get this. 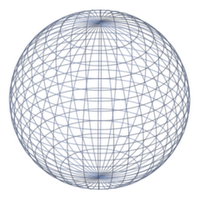 networked sphere: think…. well just look………………..
even if we insist that travels stay on the sphere (the rubber part of a hollow ball) relative locations are infinite. especially if the ball starts traveling/rolling. and what if we allow travel within the ball.
and now…you’re seeing with x-d glasses as x goes to inifinity.
for those lovers of boxes… think standardizing individualism. [aka: networked individualism; beyond horizontal – more like x-d’s of horizontalities.. when you zoom in to see perhaps – what happens at 1/0 et al]

with us? we know.. more likely ahead of us

Most people say that how we do school is cyclic… but they really mean circular. That’s one reason change is so tough. People figure it’s coming back around – to the same spot – so rather than waste energy… they’ll just wait it out.

In reality, school has been cyclic… trends – quandaries – ideas … do keep cycling around, but each time we’ve come further along the ride.

What very few get today – is that…. isn’t not only radically different… it’s not coming back around. It’s not even track-able.
While we were able to maintain status-quo in previous shifts/generations with little change.. this is an inevitable (it’s happening with or without us) and drastic (exabyte-aly huge) change.

We don’t know about you… but we’d rather our kids didn’t miss it. Or have to learn it on their own time.

too big to know.  prior to now. fractal thinking.  pi -ness. shots of awe -ness.

Here’s the thing…
if you’re experiencing visual hygiene on this… if you get what new really is via the web
then you know we can/must make a change.

For the rest of us…. here’s an option – a means to equity.. a tiny little plan…

It’s disruptive.. so cost and time are minimal… probably way less than you are spending on either now. The only catch is that you have to be brave enough to quiet the lizard brain.

Dear Lizard Brain,
If we believe school needs to change because of the networking potential (people and info) of the web – that same belief/visual/understanding will take us right past your incessant nagging where  you keep whispering in our ear…

We plan to ignore you Lizard Brain. This is too important. It’s worth losing sleep over. 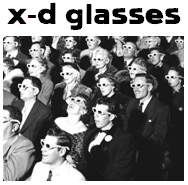 My ten year old comes into my office and he says, ‘Dad, I keep hearing you talk about Big Data. What is this Big Data thing you’re talking about?’  I said to him, ‘Imagine if your whole life you’ve been looking through one eye, and all of a sudden for the first time scientists gave you the ability to open up a second eye.  So what you’re getting is not just more data – you’re not just getting more vision, you’re getting a different dimension, a different way of seeing.’ And he said, ‘Dad, could computers open like a third eye, and a fourth – a thousand eyes?’  And I said, ‘That’s exactly what’s going on.’
– Rick Smolan, author of The Human Face of Big Data

________
response when Yaneer was asking for suggestions of how to teach spaces of possibility:

@MarkProffitt
I completed Alan Turing’s proof to show how to describe the complete idea space for any topic. This introduces it youtube.com/watch?v=b3si6q…