intro’d to Steven via this talk (shared by Thomas):

11 min – mihaly – happiest people on earth had the most of maslow’s experience.. flow..  concentration is extremely focuses.. action and awareness merge, sense of self disappears.. as does sense of time.. like experiencing awe.. performance goes through the roof.. an optimal state of consciousness..

16 min – most people don’t spend much time in flow – some don’t get there at all.

no one has found a reliable way to repeat the experience… 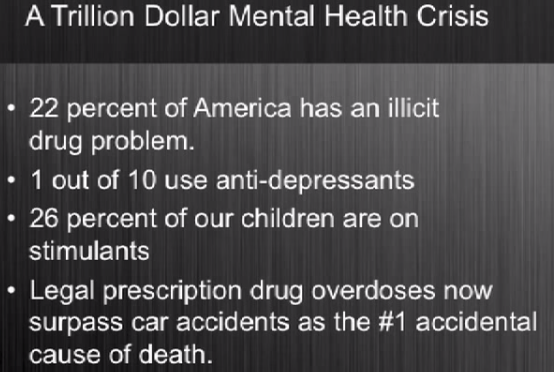 26 min – neuroanatomy of flow – the thing that shuts off completely during flow – prefontal cortex..

30 min – schools that model getting into flow..

32 min – exact opposite of cubicle work

force us into the present moment..

when these triggers are engaged.. wandering mind is not possible.

Steven Kotler is an American bestselling author, journalist, and entrepreneur. His articles have appeared in over 70 publications, including The New York Times Magazine, LA Times, Wired, GQ, Discover, Popular Science,Outside, Men’s Journal, Details and National Geographic Adventure. He is best known for his non-fiction books, including the New York Times bestseller Abundance, A Small Furry Prayer, and West of Jesus.

In 2012 Kotler published Abundance: The Future Is Better Than You Think with Peter H. Diamandis. The book revolves around the idea that the world is getting better and in the future most people of the world will have access to clean water, food, energy, health care, education, and everything else that is necessary for a first world standard of living, thanks to technological innovation. The authors argue progress in artificial intelligence, robotics, infinite computing, ubiquitous broadband networks, digital manufacturing, nanomaterials, synthetic biology, and many other growing technologies will enable the human race to make greater gains in the following two decades than in the previous two hundred years. By doing so, the authors suggest humans will have the ability to meet and exceed the basic needs of every man, woman, and child on the planet.

Abundance debuted at #1 on both Amazon.com and Barnes & Noble’s bestseller lists, and at #2 on the New York Times bestseller list. It remained on the NYT bestseller list for nine weeks, gathering reviews and profiles from outlets including The New York Times, The Wall Street Journal, TIME, BusinessWeek,Wired, Slate, and others. Abundance was voted one of the “Top 5 Must Read Business Books of the Year” by Fortune Magazine.

The Rise of Superman

In 2014, Kotler announced his next book, The Rise of Superman: Decoding the Science of Ultimate Human Performance. The book explores the state of conciousness known as “flow”, an optimal state in which humans perform and feel their best. The book includes examples from adventure athletes including big wave surfer Laird Hamilton, skater Danny Way, and big mountain snowboarders Travis Rice and Jeremy Jones. The Rise of Superman explains how extreme athletes are accelerating their flow states to perform better an how people can use the same tactics to accelerate performance in everyday tasks.

Providing abundance is humanity’s grandest challenge—this is a book about how we rise to meet it.

We will soon be able to meet and exceed the basic needs of every man, woman and child on the planet. Abundance for all is within our grasp. This bold, contrarian view, backed up by exhaustive research, introduces our near-term future, where exponentially growing technologies and three other powerful forces are conspiring to better the lives of billions. An antidote to pessimism by tech entrepreneur turned philanthropist, Peter H. Diamandis and award-winning science writer Steven Kotler.

Since the dawn of humanity, a privileged few have lived in stark contrast to the hardscrabble majority. Conventional wisdom says this gap cannot be closed. But it is closing—fast. The authors document how four forces—exponential technologies, the DIY innovator, the Technophilanthropist, and the Rising Billion—are conspiring to solve our biggest problems. Abundance establishes hard targets for change and lays out a strategic roadmap for governments, industry and entrepreneurs, giving us plenty of reason for optimism.

The Flow State: Flow states, peak experiences, in the zone, runner’s high, being unconscious—the lingo is endless. The experience though lives up to the hype. Time slows down, self vanishes, there’s a complete merger between action and awareness— it almost sounds like nonsense, but fifty years of serious research says otherwise. Flow states are now known to optimize performance, enhance creativity, drive innovation, , accelerate learning, amplify memory and underpin happiness itself.

The Problem: The people who want to study Flow states aren’t that good at having them; the people who are really good at having Flow states aren’t all that interested in studying them. As a result, researchers are balkanized, their work occasionally marginalized. There are no coordinated scientific efforts, little cross-pollination of ideas and—as a result—no real roadmap towards discovery and application.

that’s incredible – and i can’t not..

Jason Silva on advisory board

fb john hagel
The power of flow: long love might be ultimate flow hack – intriguing perspective by Steven Kotler on love and flow

Stoked to appear alongside good friend (and subject of a section in Stealing Fire, Mikey Siegel) . Though we take issue with the “landscaped eyebrow” comment, the rest is a solid survey of the scene ;)

How do we make this positive and not destructive, distracting and addictive?” he adds. “Can we help steer people toward their better angels and our collective nature in our search for these things?”

“What does that mean if you can create the technology that makes that accessible to everyone? That’s like, I don’t know. It could alter all of humanity.

in 2011, he moved to a now infamous startup called Theranos. Siegel, who is verbose on most topics, is vague about what he did there.

had everything.. but not happy.. “I saw spiritual attainment and I thought, ‘That does not need to be religious. That can be scientific.'”And I wanted to create the technology to get there.”

what Mike and I have found is if you meditate too long, you decide your job is not for you. I’m not sure companies want you to be self-actualised to the point where you realise, ‘This isn’t working in a really kind of soulless way. I got it. I’m out.’

Under normal conditions, there is a balance between bacteria and yeast in your gut. Candida occurs when the balance tips, and yeast runs rampant. The condition has a number of nasty attributes, but foremost among them is a feeling of extreme anxiety. This happens because, when the body is anxious it craves the fuel needed to react quickly to negative situations. Sugar breaks down fast, so sugar is what’s craved. But the reason the body is really craving sugar is because candida feeds on it. This means, at least under these circumstances, that your emotions are really just another’s hunger.

people who suffer brain damage to their parietal lobe have trouble sitting down because they don’t know where their leg ends and the couch begins. Or, as happened to Taylor, when you have a massive stroke and completely shut down parietal lobe function, you cannot separate self from other. Instead, you feel one with everything (Taylor also argues-and very convincingly-that a sensation of oneness with everything is the experience the right side of the brain has all the time).

So where is the “me?

Well, it’s a little hard to say, but if the “me” is supposed to represent a solitary and singular experience then clearly not in our genes or cells or thoughts or feelings or sensations.

In fact, the longer we look at it, the one thing that comes clear is that the “me” is actually the “we.”

1\ read 5 books on subject.. just to get familiar w language

2\ be the idiot.. talk to people way smarter

3\ the gap.. find questions on one can answer

4\ always as the next question.. keep digging deeper