Welcome to Life, Animated. We built the site to keep readers informed about the book and also to create a place for a community of people who want to connect and share the affinities of their children. We invite you to contribute to the Autism Artists Project, upload an image or link to a video of art made by an autistic artist. 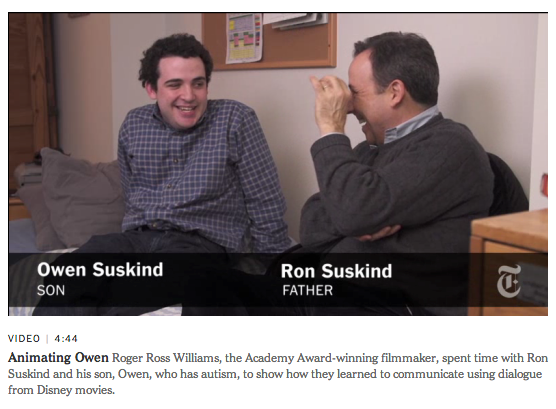 [image above links to (amazing) video]

.@IOL .@Nontando58 Gr8 article on SA #autistic artist Shane. His dive into writing/art from movies is very like Owen! http://t.co/b7ZOXWN2si