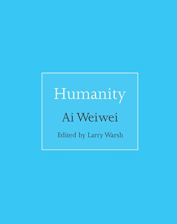 humanity illustrates ai weiwei’s thinking on a journey thru 23 countries confronting and documenting the realities of the current global refugee crisis.. .. selected from a variety of sources..these quotations reflect the diversity w/in ai weiwei’s voice.. as he speaks to a range of audiences, his words are expressed thru many tones to illustrate the complexity of the crisis.. no action is too small and no action is too late.. every human desereves the same aspirations

equity: everyone getting a go everyday

i have great sympathy for people who fear migrants, for their lack of knowledge, and as a result, their lack of understanding of humanity – 7  t

if we feel that one human being is connected to another then we have the solution. if we talk about geo politics, legislation and technical problems, then we miss the point  – 22  t

we’re all human beings. we have to find a way to benefit each other, to help each other, rather than to have hatred toward each other  – 24  t

thurman interconnected ness law.. as it could be..

the most difficult part is that you see that the refugees desperately need some understading it’s not really that they need money. they need people to look at them and see them as human beings.. – 30

people are dying. women and children are bombed by drones, and we pretend we don’t know it.. 44

only 2500 refugees have been admitted to the us since 2013.. this is the equivalent of a day of exodus to greece. the world is not balanced   52  t

the refugee children see how their parents are being badly treated, unfairly treated, the world watching but doing nothing. they see people being killed, homes being burned, the drones blindly dropping bombs. what kind of image would remain in their minds..?  53  t

the political background behind these conflicts is so complex and difficult to understand. it’s a mass murder happening in front of the whole world. we see it and let it happen. we must question our humanity, ..t .. our democracy and our civilized, powerful society. do we really want to continue this way or not? we have to face these questions.. 54

daily we see images of human bodies, a town or city being destroyed. it doesn’t seem real. it’s more exaggerated than a hollywood movie  55  t

as a human being i believe any crisis or hardship that happens to another human being should be as if it is happening to us.. 58

nationality and borders are barriers to our intelligence, to our imagination and to all kinds of possibilities  – 60  t

when you shut off the border, you become part of the criminal act  61

today the whole world is still struggling for freedom. in such a situation, only art can reveal the deep inner voice of every individual w no concern for political borders, nationality, race or religion  68  t

our biggest danger is that we still see the world as a divided one rather than a total one.. in that case, when tragedy happens, you think it’s someone else’s problem   72  t

when the berlin wall fell in 1989, 11 countries around the world were cut off by border fences and walls. by 2016, some 70 countries had built border fences and walls. the us is now trying to build a new wall w mexico and for me this is unthinkable. this solution has never worked and it testifies to the notion that we have become less courageous  74

all day long, the media asks me if i have shown the film to the refugees, but that’s the wrong question. the purpose is to show it to people of influence; people who are in a position to help and who have a responsiblity to help. the refugees who need help – they don’t need to see the film. they need dry shoes. they need soup  87

this problem has such a long history, a human history. we are all refugees somehow, somewhere and at some moment  102  t

i know what it is like to be viewed as a pariah, as sub human, as a threat and danger to society  67

most surprising is not that the refugees have been victimized, but that they’re continuously being victimized when they step into the so called safe zone, t.. which is europe  105

the world has different kinds of refugees. some were expelled and had to flee their country, but many refugees get locked into a place and will never have the chance to move freely  41 (drifting)

the refugees are very brave and capable and determined to establish a new life. they are not interested in somebody giving them mercy or money. they are very proud people w great dignity. they understand life more than most people.. but who is going to have them? or make it possible for them to restart..  9

let’s try this: short bp.. to model a nother way for all of us to leap to

it’s in my blood to try to be different, or to try to create my own form of language, to define my world.. 39

indifference does not liberate us, but instead cuts us off from reality  39