intro’d to him as one of Mikko‘s 9 on his ted playlist..

How algorithms shape our world

rethink of the role – as it shapes the world, esp algorithms.. they acquire the sense-ability of truth because they repeat over and over again, ossify/calcify/become real

algo trading.. find a way to break up that big thing into a trillion little things.. the same way you can sew them back together..

we’re writing things we can no longer read, lost the sense of what’s actually happening

but if you zoom out… 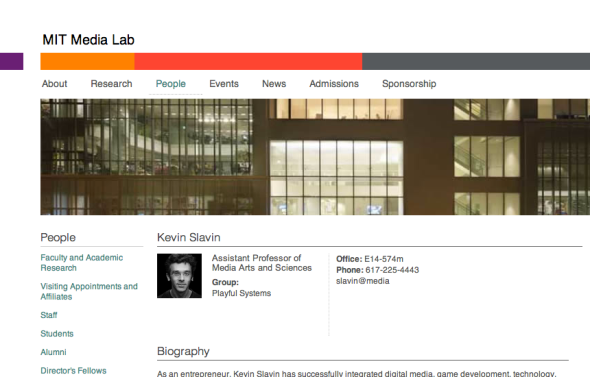 This new generation of designers that work with complex adaptive systems. Why are they so much more humble than their predecessors who designed, you know, stuff?
The answer is another question, a hypothesis. The hypothesis is that most designers that are deliberately working with complex adaptive systems cannot help but be humbled by them. Maybe those who really design systems-interacting-with-systems approach their relationships to said systems with the daunting complexity of influence, rather than the hubris of definition or control.

on let\ting go – of the things we think we have to cling to.. like control. let’s let go..

The designers of complex adaptive systems are not strictly designing systems themselves. They are hinting those systems towards anticipated outcomes, from an array of existing interrelated systems. These are designers that do not understand themselves to be in the center of the system.
[..]
The circumstances that led to such a position and practice – and the legacies that emerge from it – could be summarized in the question I have asked in every architecture review I’ve participated in: if tv shows have viewers, and cars have drivers, and books have readers, what word do architects use for the people who dwell in the buildings they make?
[..]
To gain users – and to retain them – designers are drawing upon principles also set forth by Don Norman, in his 1986 “The Psychology of Everyday Things.” In the book, Norman proposes “User Centered Design” (UCD) which is still in active and successful use 20 years later by some of the largest global design consultancies.
Broadly, UCD optimizes around engagement with the needs, desires and shortcomings of the user (in stark opposition to, say, Mies van der Rohe) and explores design from the analysis and insight into what the User might need or want to do. Simply, it moves the center from the designer’s imagination of the system to the designer’s imagination of the user of the system.

or perhaps.. we trust all of us as designers (ie: baan et al.. self-organizing ness).. and move to the imagination of the system.. ie: rev of everyday life ness. the dance that only happens .. if it’s all of us.

When designers center around the user, where do the needs and desires of the other actors in the system go? The lens of the user obscures the view of the ecosystems it affects.
[..]
But we are no longer just using computers. We are using computers to use the world. The obscured and complex code and engineering now engages with people, resources, civics, communities and ecosystems. Should designers continue to privilege users above all others in the system? What would it mean to design for participants instead? For all the participants?

indeed.. we can. so we can’t not.
ie:  a nother way via hosting-life-bits

[..]
it’s not always obvious who exactly colonizes whom.

[..]
a new generation of designers has emerged, concerned with designing strategies to subvert this “natural default-setting” in which each person understands themselves at the center of the world.

We can build software to eat the world, or software to feed it. And if we are going to feed it, it will require a different approach to design, one which optimizes for a different type of growth, and one that draws upon – and rewards – the humility of the designers who participate within it.

That is perhaps the most powerful form of influence and propagation, to change the rules that everyone plays by, without needing to sign your name to the changes.

many kool convos kevin shares on fb between him and his daughter.. just adding this one:

No, do you ever just get a weird feeling in your tummy because there are just so many people in the world and you wonder what it’s like to be some other person and not yourself

*pulls the car over to the side of the road* what

20 Day Stranger is an iPhone app that reveals intimate, shared connections amongst anonymous individuals. It’s a mobile experience that exchanges one person’s experience of the world with another’s, while preserving anonymity on both sides.. For 20 days, you and a stranger will experience the world in your own way, together. You’ll never know who it is or exactly where they are, but we hope it will reveal enough about someone to build your imagination of their life… and more broadly, the imagination of strangers everywhere.