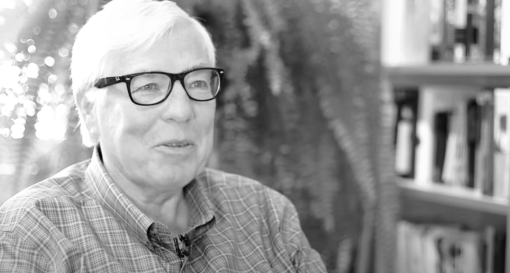 have not listened yet, but Jim Rutt is a very interesting fellow, not just for the masterful interviewing that he does himself every week, but for his humble and not very advertized work on commoning behind the scenes

Trying to get him to explain the ‘fence out’ commons system in Virginia as well as the work of the team at the makerspace that is working with a guild system, but so far no luck with getting a response from my tagging .

link from jim in response – to google doc of bylaws of makerspace: https://docs.google.com/document/d/1lSajkp78zJ_V4DLnmUjqvpMcK4QcjFmgbhlrBLSbuwk/edit?fbclid=IwAR10TjBTQI640kRQiLMAMJPqmri_fMxZh2tqGZ9l3uv0SikBJLt7Id5E3to

I have a huge respect for Brett Weinstein as a teacher of diverse students, and his ability to withstand the witchhunt he was exposed to in Evergreen State College in 2017. I occasionally follow his (with his wife) podcast ‘Dark Horse’ which is often interesting.

linked to this jun 2020 89 min video – The Story of Game B, Bret Weinstein & Jim Rutt [https://www.youtube.com/watch?v=Glgcl9AVWbA]

What would a new operating system for society look like? In 2013, Jim Rutt brought together a group of thinkers from different fields to work on the biggest of all problems. In time it developed a name, ‘Game~B’.

The in-person project ran into the ground after a year, but continued as an online meeting place.

Recently there has been a new wave of interest in the term. What can be learned from the story of the original project?

Note: These interviews are from 2019, and were intended for a larger film about Game B, with more interviews with the original members – it is being published now in an incomplete form. Apologies to those not featured.

6 min – (on rethinking.. how to make this for millennials rather than boomers) 2013 staunton 3- jordan greenhall drew pyramid.. w broad ramps.. said ‘what we really need is a softer less well defined social movement that articulates values of emancipation party.. but requires no contribution/commitment.. gradual on ramp.. designed to appeal to millennials..’.. that is what i would say became the mental model of what eventually came to be game b

7 min – (game b) that a social movement w corp set of values but not strictly defined.. would appeal to young people but gradually move them along till ready to be more politically active

principles for game b from that meeting: non hierarchical; network centric; lead to social operating system that could have long term stability

begs a means to undo our hierarchical listening .. ie: 2 convers as infra

10 min – probably 100 000 posts on basecamp talking about this after meeting.. then jordan greenhall gives presentation on what we now call game b (via thor muller)

13 min – then parted ways.. thinking game b would come back to life..  and it did.. independent of original game b people on twitter as #gameb

14 min – i told jordan to work on thinking deeply.. so came deep code.. and met up w daniel schmachtenberger and forest lander

16 min – brett: a subset of us recognized the urgency of it.. have to teach other to speak your language and let them do the same.. if that fails.. no project.. if succeeds.. can build on shared understanding.. that’s a must.. unfortunately didn’t have enough time to get past it

there’s another way..  via idio-jargon.. that could undo our hierarchical listening ie: 2 convers as infra

18 min – brett: project (game b) was to look at rules of current system (game a) and rework them in such a way that our system would function better

perhaps undo rather than rework

20 min – brett: i was brought in because it was seen as evolutionary.. we have a tendency to solve problems.. problem is that when we build these things.. we’re not aware we’re building an entity that will evolve.. we’ve done this time again.. set a system then it evolves to something we weren’t planning for

27 min – fission – people working on .. what does it mean to change self.. dis alignment

brett: i don’t see how we expected anything diff to happen.. if embarking on something so huge.. should expect to fail time and time again.. classic question of prototyping 1\ set of rules for civilization 2\ how we would interact over this.. 2nd is where we came apart.. i didn’t see any analysis of how to do it right for like game c.. so same failure likely

29 min – brett: key realization: game b coming into public consciousness.. danger of imagining game b is/could-be an org/plan for civilization going forward.. i don’t think it can be.. i’d like to see recognition that game b is easy to define.. but not elaborate.. just a sketch.. so should set in motion many projects.. anybody can describe some mech that moves in direction of game b.. and it doesn’t have to be at scale of civilization.. could be with: health, ed, et al..  i’d like people to say.. ie: what is game b solution to health, ed (which is what i’m working on).. that would be a major contribution

so no real reset

Jim Rutt works with a makerspace (Staunton Makerspace) which has instituted a guild system for its members. Here are the bylaws:

“Guild: A guild is an association of Member craftsmen, artisans, artists, inventors and tinkerers working towards a common goal in order to learn and share knowledge, skills and resources in order to benefit the community at large in a specific area of interest.

today we can go deeper.. ie: to curiosity rather than: common goal; knowledge; skills; .. getting back/to an undisturbed ecosystem

with no need of a governing body et al

‘in undisturbed ecosystems ..the average individual, species, or population, left to its own devices, behaves in ways that serve and stabilize the whole..’ –Dana Meadows

the cognitive elite issue *is* real. I’ve discussed it at length with “Hanzi”. It may well take a cognitive elite to *begin* building something as intellectually deep as GameB or Hanzi style metamodernism BUT is has to work for and indeed provide a life of autonomy and dignity for people irrespective of their endowments.

@tato_tweets @learning20201 @tempo @jim_rutt If they were real intellectuals they’d get to the roots of what our civilisation is built in in 5 seconds flat.
If they can’t, if we don’t, then what plays out now continues.
All these models, all this cultural reflection.
I wonder why we’re not getting to the root.
Original Tweet: https://twitter.com/antonjw/status/1280001509032448000

The Jim Rutt Show is a podcast series examining cutting edge thinking in science and technology with regard to the future of our economy, our political systems, and our social systems.