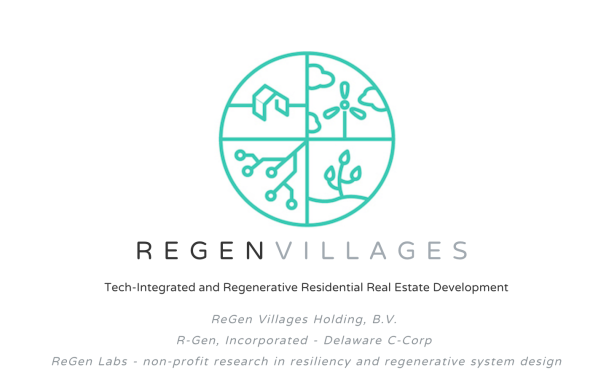 If you live inside one of the houses in a new neighborhood being built in an Amsterdam suburb, your dining room might be next to an indoor vegetable garden. Outside, you’ll have another seasonal garden. And down the street, almost everything you eat will be grown in high-tech vertical farms.

The neighborhood will be the first ReGen Village, a new type of community designed to be fully self-sufficient, growing its own food, making its own energy, and handling its own waste in a closed loop.

An increasing number of US landowners want to build commune-style villages that are completely self-sufficient https://t.co/76rqQ55L0i #eco

(article from 2016) heavy on regen villages

“Is there a sharing culture beyond economy, namely the »shareconomy«? Yes, there is. Watch this inspiring video of the Twin Oaks Community. They have »radical sharing« inside, but selling their commodities to the markets outside. It is one option in a capitalist environment.”

credit other than money – by hour.. 42 hours a week – but washing dishes fixing house counts.. so like 25 hours week.. call it labor credit

ReGen village, in the Netherlands, will collect and store its own water and energy, grow its own food, and process much of its own waste. Also: no cars.

A “living machine,” a system that uses plants and trees to filter sewage, and a separate anaerobic digester, can handle the neighborhood’s sewage and provide irrigation or water reused in energy systems. A system for processing food and animal waste will use black soldier flies and aquatic worms to digest the waste and create both chicken and fish feed. Other household waste–like cans and bottles–will be handled by the municipal recycling system, at least initially.

regen network based in massachusetts..

regen villages based in netherlands