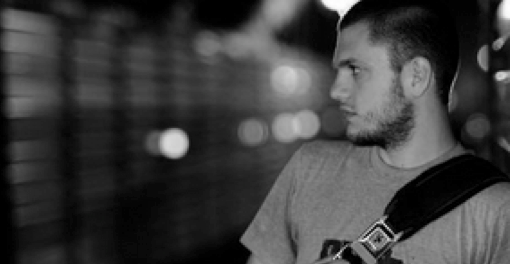 via Howard on fb:

I’m following a lot of what “cyborgologist” Nathan Jurgenson says:

…documenting experience isn’t anti-experience, it is different experience. It is not a removal from the moment but a different sort of immersion, one that can be critiqued or praised, but shouldn’t be mis-identified as “not in the moment.  – Nathan

intro’d/intrigued by Nathan’s cyborgology  a while back: 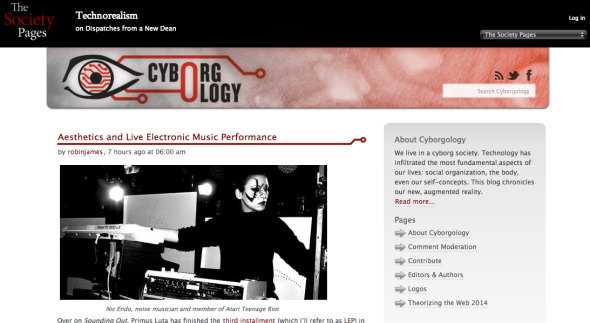 Improving Reality 2014 – visibility is a trap

visibility can be trapping

visibility is a form of knowledge… knowledge is power

social media asks us to take the ephemeral flow of lived reality and chunk that off into pieces and atomize them and the upload for other people to see.. catagorize.. et al.. museumification – life preserved… treat our present moment as if it should be part of a museum… look out for those trophies..

15 min – identity in itself very limiting

social media encouraging.. more and more fixated on self as a self.. our selves are piling up.. kind of a burden to have so much of ourselves… complicated with metrics/hierarchies of content… likes.. et al..

focault would side – social media metrics was the point of all of this… every time you like something or not – you’re training someone else… a form of social control – towards normalization.. to speak in a retweetable way

archive as frozen. keeps you obsessed with self. burdening to live up to the self you broadcast.

Nathan Jurgenson is a social media theorist, a Contributing Editor for The New Inquiry, researcher for Snapchat, and a graduate student in Sociology at the University of Maryland working on a dissertation on surveillance on social media.

The research is driven most fundamentally by the understanding that we increasingly live in an “augmented reality,” a perspective that views the digital and physical as enmeshed, opposed to viewing them as distinct (what he calls “digital dualism”

“There is no identity that is not social; the idea of a camera just allows us to technologize that reality” http://t.co/oDMIwZ1pmg

the camera in your consciousness:

The change is significant: not self-examination but self-exposure; not tortured confession but easy open candor; not the proud soul wrapped in his cloak, pacing the lonely beach at midnight, but the matter-of-fact soul, naked, exposed to the sun on the beach at noonday, one of a crowd of naked people.

There is no time when we are not being observed, so we have no possibility to prepare for it, no space to know what the alternative feels like anymore.

sounds like he’s saying this is bad.. but is it? maybe it’s good – to swim in improv.. no?

“Self-examination,” Mumford assumes, can only occur when we believe no one else is watching; only then can we see ourselves as we are and not in terms of our performance for others.

or – when we know they could be watching.. but most likely aren’t .. no?
output ness

Mumford seems to think that there is a truth about ourselves beyond the social performances. That suggests a belief that we are not always already performing for ourselves.
[..]

The development of a self doesn’t precede that quest for relevance; it may instead stem from it.

There is no identity that is not social; the idea of a camera just allows us to technologize that reality — it allows us to replace the daunting presence of other humans with a machine that serves as their proxy. Then we can go about thinking of how we can master the protocols of that machine rather than worry about how we can never fully master the unpredictability of other people’s judgment. The camera lets us dream that it’s only machines that ever really see us.

social media smoothing social life into something manageable is a desire, not reality, worth critiquing nathanjurgenson.com/post/121272564… @robhorning

think this is the dream (for some, at least) but not the reality of social media. important distinction

Absolutely brilliant essay on The Conservative Hacker. And a brilliant way forward for a radical hacker – @da_banks http://thesocietypages.org/cyborgology/2015/08/26/the-conservative-hacker/ …

I can’t think of a better source to turn to than Gabriella Coleman’s Hacker, Hoaxer, Whistleblower, Spybecause not only is it a book-length meditation on what it means to call yourself a hacker, but her own work is deeply enmeshed in the boundary policing of hackerdom itself.

Policing of the term “hacker” could be read as a kind of proxy war over what hackers should do.

To be really clear here: even if every person that has ever called themselves a hacker hated millionaires and believed in a borderless utopia, the effects of their actions produce a more battle-hardened police state.

How does the hacker, despite frequently stated anti-authoritarian leanings, end up fighting for things like traditional marriage arrangements and national security?

Back in April I wrote “Instead of handing over our trust to organizations like professional associations, governments, or corporations, hackers would have us move that trust to algorithms, protocols, and block chains.“ I argued that the rationalization for encryption and automation –humans cannot be trusted so we must replace them with code—is no different than progressive era activists’ insistence that essential services like municipal government should be depoliticized and turned over to professionals and bureaucrats instead of elected politicians.

Even though the bureaucrat seeks and fosters smooth operation of a system, and hackers are motivated by a goal and are animated by chaotic destruction, they both share a fundamental distrust of humans as political entities. Hackers may embody the opposite of bureaucracy, but they ultimately desire the same thing as bureaucrats: technologies that obviate trust.

In the final chapter of Utopia of Rules David Graeber concludes that we all secretly love bureaucracy because it promises stability and predictability in an otherwise uncertain world. That while play can be creative and generative, we know it can also be destructive and disruptive.

The hacker, for all its drawbacks, is still a helpful post-capitalist imaginary. That imaginary is instructive of a desirable future, as all utopian thinking is, but in the present historical moment the behavior of the hacker has conservative and authoritarian results.

Future hackers would do well to put aside masks, trust-less encryption technologies, and unpredictability, and instead act ostentatiously, with no regard for boundaries, and do so predictably and repeatedly until something breaks. That something, with enough tenacity and time, could very well be capitalism.

something deep enough to get us in sync

obsession with looking at screens –instead of what we do on them– isnt about tech at all. usually about reclaiming personal authenticity

The notion of the offline as real and authentic is a recent invention, corresponding with the rise of the online. If we can fix this false separation and view the digital and physical as enmeshed, we will understand that what we do while connected is inseparable from what we do when disconnected.
[..]
we live in an augmented reality that exists at the intersection of materiality and information, physicality and digitality, bodies and technology, atoms and bits, the off and the online. It is wrong to say “IRL” to mean offline: Facebook is real life.
[..]
We may never fully log off, but this in no way implies the loss of the face-to-face, the slow, the analog, the deep introspection, the long walks, or the subtle appreciation of life sans screen. We enjoy all of this more than ever before. Let’s not pretend we are in some special, elite group with access to the pure offline, turning the real into a fetish and regarding everyone else as a little less real and a little less human.

what they are saying may matter less than the fact that they feel required to say it. As Diane Lewis states in an essay for Flow, an online journal about new media,

The question of who adjudicates the distinction between fantasy and reality, and how, is perhaps at the crux of moral panics over immoderate media consumption.

It is worth asking why these self-appointed judges have emerged, why this moral preoccupation with immoderate digital connection is so popular, and how this mode of connection came to demand such assessment and confession, at such great length and detail.

one is never entirely connected or disconnected but deeply both.

The smartphone is a machine, but it is still deeply part of a network of blood; an embodied, intimate, fleshy portal that penetrates into one’s mind, into endless information, into other people.

seem more interested in discussing the trivial differences of when and how one looks at the screen rather than the larger moral quandaries of what one is doing with the screen.

Disconnect. Take breaks. Unplug all you want. You’ll have different experiences and enjoy them, but you won’t be any more healthy or real.

Loved @nathanjurgenson ‘s chat with @nora3000 on @sparkcbc , as someone new to messaging apps buff.ly/1LDVRpE
social media platforms.. more like broadcast..
messaging apps more like convos we’re used to
on keeping score in likes and rt’s…
a service like snapchat… where no likes and not recorded.. is more familiar, more like convos we’re used to f to f.. almost always ephemeral, ..
digital connection is part of this reality.. this one reality
on forgetting that most of our communication is banality…

perhaps what tech can help us with.. getting past that.. w/o missing out on its pluses.. ie: going deeper in the relationship .. in a less banal way. ie: less forced/nervous trivial convos…

most interesting.. the rise of visual communication.. a new literacy.. i can express what i want with an image… visual literacy..

huge if we want to unleash idiosyncrasies … universal sign/image language.. like taking best of both worlds/ages – augmented hieroglyphics, tech based graphics
genevieve – https://www.ted.com/talks/genevieve_von_petzinger_why_are_these_32_symbols_found_in_ancient_caves_all_over_europe?language=en
__________

@nathanjurgenson
i’m really excited to announce a new publication i’ve started on technology and society reallifemag.com
@_reallifemag
Introducing Real Life: reallifemag.com
We’re not a news or reviews site, but we will describe the tech world—specifically how that industry shapes the world we live in today.

after 18months of tweeting how deluded our conversation about the election was, i wrote this late last night nathanjurgenson.com/post/152938927…

Factiness is the taste for the feel and aesthetic of “facts,” often at the expense of missing the truth. From silly self-help-y TED talks to bad NPR-style neuroscience science updates to wrapping ourselves in the misleading scientisim of Fivethirtyeight statistics, factiness is obsessing over and covering ourselves in fact after fact while still missing bigger truths.

Trump was never a troll, he played by the silly rules of the big reality show perfectly. If we were being trolled, it was by those selling us the fiction of this election as something genuine.

our popular media, from those producing it to those sorting it with editors and algorithms, are not up to the task of informing us and describing reality

When history takes a turn, where can we explore counterfactual worlds?
“Considered Alternatives” by Linda Besner
https://t.co/MOFrUKrcBM (http://twitter.com/_reallifemag/status/836931183422369794?s=17)

If the whole point is world-building, it’s lazy to use too many parallels with the world we know.

when imagining political movements that can make a difference, activists need to think several dominoes beyond the immediate goals. ….

A vision of history that refuses to see the present as inevitable can steer us away from helpless acceptance of the status quo.

what should this extended community look like? what should we do? TtW can be whatever we want, so let us know if you or anyone you know might be interested in joining. 2019 will be fun!