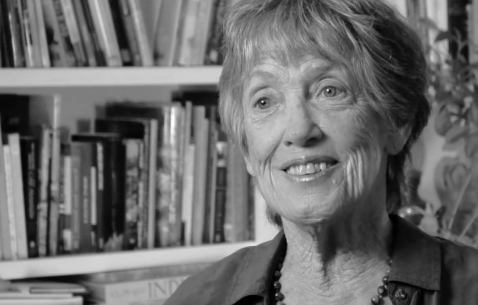 first intro’d (michel mentions her often.. may have heard of her from him before..?) to Joanna via the documentary.. change the dream:

14 min – joanna macy (https://en.wikipedia.org/wiki/Joanna_Macy): the anguish we feel for what is happening to our world is inevitable and normal and healthy.. pain is very useful.. just don’t be afraid of it.. if we’re afraid to feel that.. we won’t feel where it comes from.. from love.. our love for this world.. that’s what is going to pull us through

17 min – on the oil we live off.. ruining/killing the land/people it’s coming from

18 min – showing disparity in terms of earth as 100 people… if roof over head, food, clothing.. better off than 83% of people on planet..

adding page this day while watching trailer of the great turning [https://vimeo.com/ondemand/greatturning].. this quote in particular:

this is the biggest bite out of a tree of tree of knowledge in 5000 years.. a recognition that our planet is a living system and we *belong to it like cells in a living body.. can’t pick up any piece in this world w/o finding it hitched to everything else in creation

as people acting in the defense of life.. wake up to the grandeur of who they really are

Joanna Macy on the Great Turning
Video (trailer) via https://vimeo.com/ondemand/greatturning?

Description
“This is a 26-minute film in which 84-year-old Joanna eco-philosopher Macy shares her understanding of these times we live in, when everything we treasure seems to be at risk. But it is not a film about despair. Instead, it is about the opportunity we have to come alive to our truest power, to “look straight into the face of our time, which is the biggest gift we can give,” and to participate in the Great Turning.

What is the Great Turning? It is, as Joanna describes it, the shift from the industrial growth society to a life-sustaining civilization. It is, she believes, the third major revolution of human existence, after the agricultural and industrial revolutions. This one, though, has to unfold much more quickly. The good news is that it is, all around the world.

“The most remarkable feature of this historical moment on Earth,” says Joanna, “Is not that we are on the way to destroying the world — we’ve actually been on the way for quite a while. It is that we are beginning to wake up, as from a millennia-long sleep, to a whole new relationship to our world, to ourselves and each other.” This is a thoughtful, and ultimately hopeful, film for anyone concerned about the future of life on the planet.

“We imagine they’ll look back at us,” Joanna says, referring to future generations, “Living in these early years of the third millennium, and say, ‘Oh, those ancestors. They were taking part in the Great Turning.’”

Joanna Rogers Macy (born May 2, 1929), is an environmental activist, author, scholar of Buddhism, general systems theory, and deep ecology. She is the author of eight books.

Macy graduated from Wellesley College in 1950 and received her Ph.D in Religious Studies in 1978 from Syracuse University, Syracuse. She studied there with Huston Smith, the influential author of The World’s Religions (previously entitled The Religions of Man). She is an international spokesperson for anti-nuclear causes, peace, justice, and environmentalism, most renowned for her book Coming Back to Life: Practices to Reconnect Our Lives, Our World and the Great Turning initiative, which deals with the transformation from, as she terms it, an industrial growth society to what she considers to be a more sustainable civilization. She has created a theoretical framework for personal and social change, and a workshop methodology for its application. Her work addresses psychological and spiritual issues, Buddhist thought, and contemporary science. She was married to the late Francis Underhill Macy, the activist and Russian scholar who founded the Center for Safe Energy

.. Gregory Bateson, through his Steps to an Ecology of Mind and in a summer seminar, also shaped her thought, ..  Donella Meadows provided insights on the planetary consequences of runaway systems, ..

Macy travels giving lectures, workshops, and trainings internationally. Her work, originally called “Despair and Empowerment Work” was acknowledged as being part of the deep ecology tradition after she encountered the work of Arne Naess and John Seed, but as a result of disillusion with academic disputes in the field, she now calls it “the Work that Reconnects”. Widowed by the death of her husband, Francis Underhill Macy, in January 2009, she lives in Berkeley, California, near her children and grandchildren. She serves as adjunct professor to three graduate schools in the San Francisco Bay Area: the Starr King School for the Ministry, the University of Creation Spirituality, and the California Institute of Integral Studies.