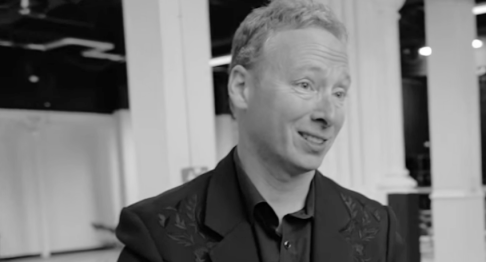 intro’d to Dan while reading Travis Lupick‘s fighting for space:

was student of bruce alexander.. ‘i though the was crazy.. i thought drugs were inherently addictive’ – small.. he made it clear that he intended to disprove alexander’s work on addiction.. to which the professor replied: ‘why don’t you become my honours student?’

‘i spend every ounce of my being as a young undergrad writing an honours thesis to prove his theory wrong.. but i didn’t succeed.. i started to have questions.. then i realized that bruce was right but actually *hadn’t gone far enough’ – small..t

What I meant, in that instance, is that I realized that it was time to move ahead to put important academic ideas, like Bruce’s, to work, on the ground, in the everyday life of real people.
As per one of my favourite statements from Marx: “Philosophers have only interpreted the world, in various ways.  The point, however, is to change it”
From that point forward, I shifted my centre of gravity to the community and began work to put various initiatives related to Bruce’s ideas (and others) into place on the grounds such as: supervised injection, robust needle distribution, low-threshold methadone, social enterprises, low-barrier detox, managed alcohol programs, crack kits, housing without abstinence stipulations, etc.  In that sense, I am very fortunate in that I can answer that question in the affirmative.  I’ve since done that and more.
However, it all comes back, in the end, full circle to ideas, like those of Bruce’s, about roundedness, psycho-spiritual pain and various structural violences against people in the shadows of society.  Now, it seems to me that we need to turn hard-hitting analysis back onto ourselves, as the build blocks of various structures, that have allowed our implicit and explicit values to drive narratives that in turn perpetuate misguided societal approaches to contemporary social problems like addiction, homelessness and inequality.
There is, of course, room for ideas and action but it’s the busy intersection between the two that puts wind in my sails..

small gets phd.. then evans and townsend call him to eastside.. to work with what they described as a ‘drug user union’..

(on informal meeting bud and ann had).. ann: ‘it was just me and bud, and we had a big piece of paper and i made notes.. it wasn’t that it was massively well attended. but i wrote down everything people said, and they could see me writing down what they were saying’.. that alone had a huge impact.. drug users were speaking and somebody was listening..t

imagine 7bn people experiencing that .. everyday.. but in rat park space (undisturbed ecosystem) .. where the voices were more about curiosities than complaints/needs.. et al.. ie: as it could be.

At least 5,869 people in Canada died of an opioid overdose between January 2016 and September 2017, according to the federal government

A pioneer of Vancouver’s harm-reduction movement has called for a federal investigation into Canada’s opioid epidemic and drug-overdose deaths.

‘The barriers that have prevented harm reduction service innovations are not scientific, medical or epidemiological,” reads a letter addressed to Prime Minister Justin Trudeau and dated May 15, 2018. “The barriers are implicit and explicit values, the bedrock of our culture and institutions, regarding addiction and drug use.

“As such, in the public interest, I ask that you establish a royal commission to examine the variables that have accounted for the dramatic overdose tragedy

The letter was written by Dan Small, a medical anthropologist who previously worked for the Portland Hostel Society, where he played a key role in establishing North America’s first supervised-injection facility, Insite.

“Should an Inquiry or Commission not be struck, then it will, in my view, provide a further illustration of systemic violence towards a population of people that has been failed repeatedly when the circumstances that took their lives were entirely amenable to efficacious intervention,” the letter continues.

“In order to understand why medical, scientific and legal findings have not been enough to move forward substantively on supervised injection until the advent of an astronomical overdose epidemic, we need to investigate the underlying structural cultural forces that have been at play.”

“It took the tragedy of an astonishing overdose epidemic in order to bring about significant government or institutional action to substantively address the dangers of illicit drug use. Were this any other group, the failure of societal institutions to address the preventable deaths would be a source of public outcry.”

5 min – anybody can access insite.. don’t even have to use real name in interview

healing (roots of) – maté basic needs law – have to get to the core trauma..