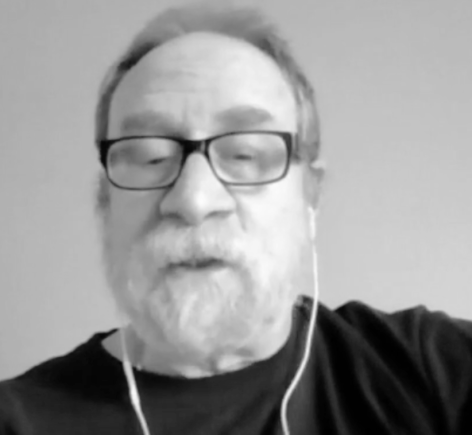 From the back cover:

This book challenges the assumption that the Constitution was a landmark in the struggle for liberty. Instead, Sheldon Richman argues, it was the product of a counter-revolution, a setback for the radicalism represented by America’s break with the British empire. Drawing on careful, credible historical scholarship and contemporary political analysis, Richman suggests that this counter-revolution was the work of conservatives who sought a nation of “power, consequence, and grandeur.” America’s Counter-Revolutionmakes a persuasive case that the Constitution was a victory not for liberty but for the agendas and interests of a militaristic, aristocratic, privilege-seeking ruling class.

7 min – no word is going to be mis interpretation proofed…

8 min – anarchy: society where the initiation of physical force is regarded as illigetimate.. and no one is privileged with authority to initiate force…. govt: part of what has in society.. a special/privileged institution.. can do something no one else can do.. book: the question of political authority… ie: person demanding money.. criminal.. govt collecting/demanding money .. not so

10 min – so .. this govt.. has gained legitimacy in people’s eyes.. and anarchism..would be assuming that no one has that privilege.. with respect of being able to initiate force against people who themselves have not used force..

previous thoughts on anarch\ism – mostly via David: living as if already free

15 min – early libertarians.. markets are good because based on consent.. voluntary exchange.. trade for mutual benefit..  but historically.. what has been known as capitalism .. has not been that.. there has always been.. privilege..of one kind or another.. but generally privilege for the capital owning class..

17 min – kevin carson likes to use the marxist phrase: state ends up being exec committee of ruling class

2011 – Articles of Confederation versus the Constitution (interesting his focus on versus.. then in 2013.. from to)

jensen: once adopted.. lay down two classic/alternate .. before ink dried.. two very diff ideas what doc is all about.. if those guys couldn’t agree while ink still drying.. what hope do we have

8 min – so .. what was going on in colonies.. before revolution… people are never of one mind..

9 min – in each of 13 coloniess.. ended up with elite/aristocracy… running it.. then rest who didn’t like this rigid system.. w/govt in hands of a few

10 min – conservatives (artistocracy) ones who already were in a good position.. were not interested in separating from british.. because they thought that would threaten their position.. so jensen points out there was both an internal/external revolution going on.. even before the fighting.. an intellectual revolution.. the radicals wanted to break from britain.. but also wanted to break the artistocratic hold on colonies.. they were for local control.. weren’t anarchists.. but were heading that way.. eager to revolt both against british and local rule..

11 min – after while conservatives come around.. because of things british were doing..

so.. first confederation.. couldn’t tax and had no power to reg trade.. a libertarian would look back and say.. what were you thinking.. look how close you were to stateless ness

21 min – one of great arguments.. we’re at war.. we need powers..  strong army.. permanent debt.. but then the war ended.. and wind taken out.. others saying.. we didn’t need power for war…

robert morris: ‘a continuance of war is necessary until we acquire the habit of paying taxes’

28 min – wasn’t enough govt.. propose a convention.. 1787 – in philadelphia.. the members of this convention sent by states.. were supposed to amend the articles.. under rules.. required unanimous consent..

29 min – once got to philly.. locked doors.. public not allowed to watch.. then change rules.. first say.. going to tear up articles and start over.. and only by non states.. and somehow.. were able to change these rules.. congress went along with it

federal farmer: destroying state govt and forming one consolidated system.. if we had known.. wouldn’t have sent them to convention..

31 min – go with virginia plan.. madison’s scheme..  we could see what motivated them.. ie: evil suffered from weakness in govt.. so goal to strengthen govt..

32 min – only complaints have been govern too little.. never too much..

33 min – pretty much go with madison’s plan… which is (constitution) we are used to.. 3 biggest proponents…hamilton.. madison.. john h.. set out to sell it..

41 min – so let’s compare the articles and the constitution

50 min – samuel adams and patrick henry asking.. what’s with this we the people.. this is a confed of states

51 min – everyone was willing to break promise of bill of rights once got into congress.. madison: the nauseating project of amendments.. endanger beauty of govt…. burke: frothy.. full of wind.. formed only to please their palates

52 min – spooner.. abolitionist.. died 1887.. constitutional lawyer.. activist..  writes 3 pamphlets.. called no treason.. 1,2, and 6.. title of 6: the constitution of no authority.. he’s saying.. what is this thing.. 80 yrs since guys signed it.. doesn’t look like a contract..  couldn’t commit anyone else of that generation or future generation.. how to compel them to be bound by constitution.. no common sense of contracts..

constitution of no authority in treason (http://praxeology.net/LS-NT-6.htm)

The Constitution has no inherent authority or obligation. It has no authority or obligation at all, unless as a contract between man and man. And it does not so much as even purport to be a contract between persons now existing. It purports, at most, to be only a contract between persons living eighty years ago. And it can be supposed to have been a contract then only between persons who had already come to years of discretion, so as to be competent to make reasonable and obligatory contracts. Furthermore, we know, historically, that only a small portion even of the people then existing were consulted on the subject, or asked, or permitted to express either their consent or dissent in any formal manner. Those persons, if any, who did give their consent formally, are all dead now. Most of them have been dead forty, fifty, sixty, or seventy years. And the constitution, so far as it was their contract, died with them. They had no natural power or right to make it obligatory upon their children. It is not only plainly impossible, in the nature of things, that they could bind their posterity, but they did not even attempt to bind them. That is to say, the instrument does not purport to be an agreement between any body but “the people” then existing; nor does it, either expressly or impliedly, assert any right, power, or disposition, on their part, to bind anybody but themselves. Let us see. Its language is:

refreshing to read somebody saying.. why does this bind anyone... he anticipates people’s answers….. people will say.. well they’re voting.. and he says.. that makes no sense.. you can’t read consent from this.. or from paying taxes..

55 min – spooner on appendix: in as much as constituiion never signed/agreed to as contract.. no people hereafter can never be expected to..  except if forced by bayonet.. no such instrument as assumed as a contract…. by false interpretations.. govt has been made totally diff thing than what constitution purports to authorize.. this is certain: it either authorize as we have had.. or powerless to prevent it.. in either case.. it is unfit

Spooner argued that the Constitution was a contract of government (see social contract theory) which could not logically apply to anyone other than the individuals who signed it, and was thus void. Furthermore, since the government now existing under the Constitution pursued coercive policies that were contrary to the Natural Law and to the consent of the governed, it had been demonstrated that that document could not adequately stop many abuses against liberty or prevent tyranny.

while working on human\e constitution

Center for a Stateless Society » In Defense of Extreme Cosmopolitanism c4ss.org/content/48011

The rejection of cosmopolitanism is bad for liberty, peace, and prosperity because they all go hand in hand.

The link between liberty and cosmopolitanism is more than conceptual.

In a freed society most change occurs at the margin — the world does not start afresh each day — because no central authority has the power to make society-wide decisions. But with freedom, the cumulative effect of change is dramatic and largely benign.

the uncertain future that, being the product of human action but not human design, spontaneously unfolds before us. Serendipity happens

In the absence of good cause to depart from traditional practices, one tends to accept those practices because, among other reasons, their longevity may be an evidence of their value. (Longevity is no guarantee of this.)

But the good sense in defaulting to credible opinions provides no case for freezing traditions in place, for this would imply an unjustifiable hubris regarding the current state of our knowledge.

After all, today’s traditions were once new: how do we know there aren’t hitherto undiscovered better ways to accomplish our ultimate objective, namely, the flourishing of individuals in society? Why would we want to deprive ourselves of the opportunity to learn of such knowledge?

but when he looks in his daughter’s eyes

The history of original liberalism overflows with acknowledgments that openness to change, which is the essence of cosmopolitanism, is vital to flourishing.

In pursuit of this life-enhancing knowledge the political program based on liberal cosmopolitanism — libertarianism — centers on unconditional free trade and freedom of movement, that is, open borders for people, capital, producer goods, and consumer goods. This program represents not merely an adherence to an abstraction, liberty. Rather it embodies the understanding that the flourishing of flesh-and-blood individual human beings, like the division of labor, is limited by the extent of society and that therefore the boundaries of society should be expanded through peaceful voluntary exchange to include the entire world.

has to be all of us