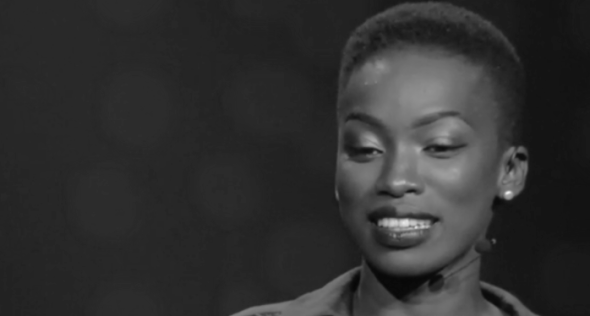 intro’d to OluTimehin here (intrigued by her take/notice of poverty and poor):

there is so much that is possible in lagos (nigeria).. and so much that isn’t and very often the diff between possibility and impossibility is simply who you are, and if you’re lucky enough.. who you’re connected to

belonging in lagos is a fluid concept determined by ethnic origin, sexual orientation, gender,  but most visibly and often most violently.. class

before nigeria became a country

among the yoruba we have a saying.. translated: lagos will welcome anyone.. but that saying is becoming less and less true.. many lagosians are now being pushed out.. to make room for an emergent city that has been described as ‘the new dubai’

successive govts have declared aspirations toward a megacity where poverty does not exist.. unfortunately .. instead of focusing on the eradication of poverty.. the strategy of choice focuses on eliminating the poor..t

clearing the people out to make shopping.. football fields.. housing…. and they built shelters .. and (locals) stayed put.. later state security personnel came back .. this time.. they cleared the community out completely.. w beatings.. bullets.. and fire.. as i speak there are construction crews preparing beaches.. for those who can afford multi million dollar view..periwinkle estate..

forced evictions are incredibly violent.. and of course.. unconstitutional.. and yet they happen so often in so many of our cities.. because the first thing we are taught to forget about poor people is that they are people..t

rohingya happening.. and this tweet while i’m listening just now..

we believe that a home is a thing a person absolutely has a right to, unless the person is poor and the home is built a certain way, in a certain neighborhood

but there is no single definition of the word home

after all.. what is a slum besides an organic response to acute housing deficits and income inequality

slums are an imperfect housing solution, but they are also prime ie’s of the innovation and adaptability and resilience at the foundation – and the heart – of every functional city

we don’t need to be the new dubai.. when you’re already lagos..

we have our own id.. our own rhythm.. and as anyone who knows lagos can tell you poor lagosians are very often the source of the city’s character

w/o its poor.. lagos would not be know for its music.. or its endless energy.. or even the fact that you can buy an ice cold drink.. or a puppy thru your car window

the conditions that cause us to define some neighborhoods as slums can be effectively improved, but not w/o recognizing the humanity and the agency of people living in them

(talks of innovation happening in these settlements)

informal settlements are incorrectly named as the problem.. in fact.. the real problems are the factors that create them, like the entrenchment of poverty, social exclusion and state failures

when our govts frame slums as threats in order to justify violent land grabs or forced evictions, they’re counting on those of us who live in formal housing to tacitly and ignorantly agree with them..t

rather.. we must remind them that govts exist to serve not only those who build and live in luxury homes.. but also those who clean and guard them

our realities may differ but our rights don’t

lagos state govt.. like far too many on our continent.. pays lip service to ideas of inclusion.. while acting as though progress can only be achieved by erasure, exploitation and even elimination of groups it considers expendable.. people w disabilities  who hawk/beg on lagos streets are rounded up .. extorted.. detained…. women in low income neighborhoods are picked up and charged w prostitution regardless of what they actually do for a living..  gay citizens are scapegoated to distract from real political problems..

but people, like cities, are resilient & no amount of legislation or intimidation or violence can fully eliminate any of us

we are already here, and that answers the question of whether or not we belong

on way here.. grandma called to remind me how proud she was, how proud grandfather and mother would have been.. i am their dreams come true. but there is no reason why their dreams – or mine – are allowed to come true while those of others are turned to nightmares.. min req for a dream is a safe place to lay your head

we must hold govts and selves accountable for keeping shared cities safe for everyone in them.. because only cities worth building.. dreaming of.. are those that include all of us .. no matter who we are or how we make homes for ourselves..

all of us ness

OluTimehin Adegbeye is a Nigerian writer, speaker, and activist whose work focuses on Gender, Women’s Rights and Health, and Sex, Sexualities and Sexual Violence. She also addresses issues of Urban Poverty and Sustainable Development.

OluTimehin Adegbeye, born October 3, 1991 is a Nigerian writer and activist. Her work concentrates on questions of gender, sexuality, poverty and feminism. She was an editor at the Nigerian blogazine for two years, and is still a contributor with them. Adegbeye regularly writes about politics, gender and other social issues on ThisIsAfrica. Her writing has been published in different languages, notably English, Japanese and Norwegian. She is a stringer for the Norwegian magazine Bistandsaktuelt. and has also been published by Klassekampen. Her work in Norwegian has been used as background for textbooks for Norwegian junior colleges.

Adegbeye was one of the speakers at TEDLagos 2017. She has also been picked as a speaker for TEDGlobal in 2017. In 2015, OluTimehin Adegbeye participated in Chimamanda Adichie’s Farafina Trust Creative Writing Workshop in Lagos. She is also an alumna of the FEMRITE workshop in Uganda (2014) and the BRITDOC Queer Impact Producers Lab (2017).

OluTimehin Adegbeye is a prominent figure among Nigerian and African feminists of her generation. Through her website, blog, Twitter, journalism and online activism, she has gained a wide readership among feminists and activists. She is particularly known for the way she combines her experiences as a single mother in a male dominated Nigerian society with gender theory and social struggles. Adegbeye currently works as a communication officer with the human rights organisation JEI in Lagos.