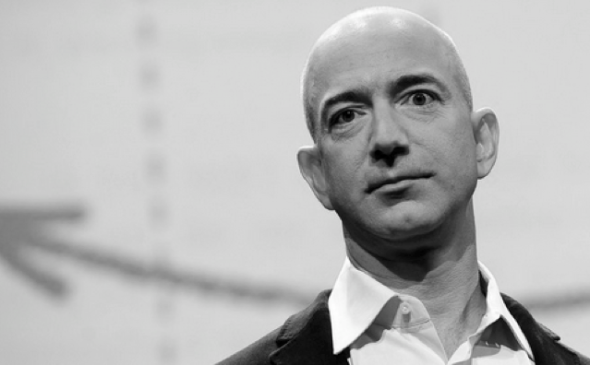 ceo and founder of amazon 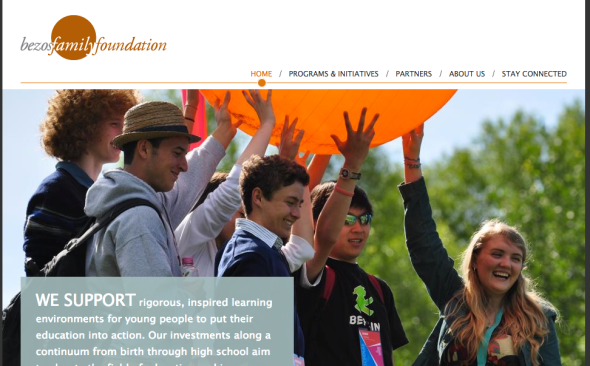 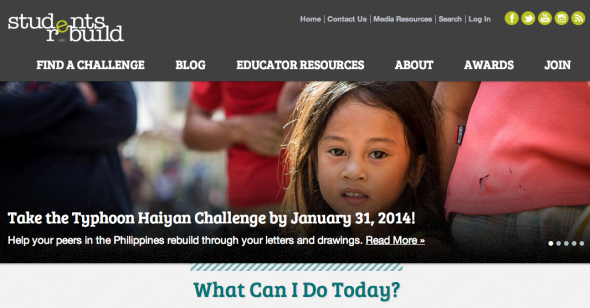 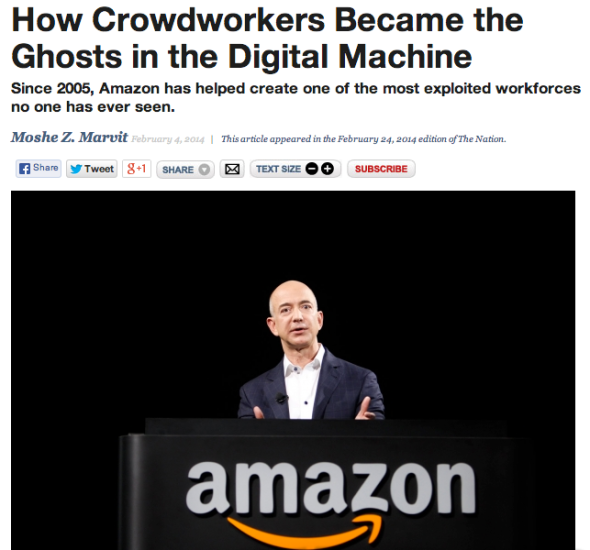 If it was merely a hoax, then the Mechanical Turk would have been forgotten as yet another eighteenth-century oddity. However, the device fit perfectly into the creeping belief—replete with excitement and anxiety—that mechanical labor (and maybe mechanical minds) could replace human labor and agency.

The United States has been going through a similar period of excitement and anxiety since at least the 1970s. Whereas some companies, like IBM, have sought to create a supercomputer that can think as well as (or better than) a human, Amazon invested instead in its own Mechanical Turk—something that feels like a machine but really has people behind it. Instead of developing the perfect computer, Amazon thought, it could just develop a way for imperfect computers to “integrate a network of humans directly into their processes,” as the company wrote in its 2005 SEC filing. In doing so, it opened the door to the weird world of crowdworking.

In 1911, the American engineer Frederick Taylor delivered a paper in which he announced that workers’ natural laziness and propensity for underworking was “the greatest evil which the working-people of both England and America are now afflicted.” His solution was a system of “scientific management,” wherein work would be divided into the smallest repeatable tasks and assigned a time limit. The aggregate of these tasks would then become the baseline for the workday, and “those who fail to rise to a certain standard are discharged and a fresh supply of carefully selected men are given work in their place.”

Almost a century later, Amazon hit upon a similar approach to worker productivity. Yet, whereas Taylor’s genius was in super-charging the assembly line by reducing all skilled work to tiny micro-tasks, the genius of Mechanical Turk is in creating virtual assembly lines.

let’s try one that facilitates all the spectrums.. all the people..

Amazon founder Jeff Bezos’ wealth increases by $275 million every single day. Meanwhile, Amazon workers have to rely on food stamps and public assistance just to survive. This is what a rigged economy is all about.

Sen. Bernie Sanders praises Jeff Bezos after Amazon announced it is raising its minimum wage at both Amazon and Whole Foods to $15 per hour https://t.co/n0XirXWCluhttps://t.co/vTMxCaMsBA

bernie: if you work 40 hrs a week you should not be living in poverty

shouldn’t have to work.. (earn a living) .. we have the means that no one should be living in poverty

we could get/be there via tech as it could be..

Matt Stoller (@matthewstoller) tweeted at 6:40 AM – 3 Oct 2018 :
13. Bezos raised wages for minimum wage workers for a series of reasons. But mostly because he’s happy to be able to steal from the entire economy and get the support of lefties in doing so. Bezos throwing pennies at workers while stealing from others isn’t a victory. It’s sad. (http://twitter.com/matthewstoller/status/1047466372937273345?s=17)

“While the rest of us nervously await our fates in the looming economic armageddon, the Amazon founder’s wealth shot up by $24 billion this week, to $138 billion. Fear not, though: he’s kindly giving 0.1% of it to some food banks.
At first glance, Jeff Bezos appears to be one of those lucky entrepreneurs whose phenomenal success is rooted in a few core business beliefs. But after I read up on him last night, this famous Groucho Marx quote sprung to mind: “Those are my principles; if you don’t like them… well, I have others.”
Amazon might tell us that “Speed matters in business” – it is one of the company’s main leadership principles – but Bezos, as reflected in his modus operandi so far during the pandemic, has also clearly bought into Gordon Gekko’s dubious philosophy of “greed is good.”
And the richest man on the planet is getting wealthier by the minute thanks to the pandemic, with Amazon chalking up a record $11,000 every second on its products.
Amazon is the “clear winner” from the coronavirus, according to financial analysts quoted in the Guardian’s front-page story on Wednesday.”
http://www.defenddemocracy.press/jeff-bezos-is-the-planets-richest-man-and-covid-19-is-making-him-ever-wealthier-but-hes-also-the-worlds-most-selfish-man/?

May 1st was my last day as a VP and Distinguished Engineer at Amazon Web Services, after five years and five months of rewarding fun. I quit in dismay at Amazon firing whistleblowers who were making noise about warehouse employees frightened of Covid-19.

What with big-tech salaries and share vestings, this will probably cost me over a million (pre-tax) dollars, not to mention the best job I’ve ever had, working with awfully good people. So I’m pretty blue.

Amazon is exceptionally well-managed and has demonstrated great skill at spotting opportunities and building repeatable processes for exploiting them. It has a corresponding lack of vision about the human costs of the relentless growth and accumulation of wealth and power. If we don’t like certain things Amazon is doing, we need to put legal guardrails in place to stop those things. We don’t need to invent anything new; a combination of antitrust and living-wage and worker-empowerment legislation, rigorously enforced, offers a clear path forward.

Firing whistleblowers isn’t just a side-effect of macroeconomic forces, nor is it intrinsic to the function of free markets. It’s evidence of a vein of toxicity running through the company culture. I choose neither to serve nor drink that poison.