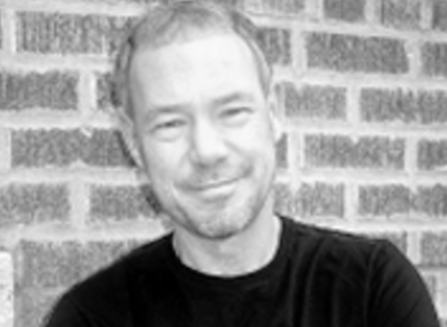 intro’d to James via Doug’s suggested read: what if jobs are not the solution but the problem

Shitty jobs for everyone won’t solve any social problems we now face.

Don’t take my word for it, look at the numbers. Already a fourth of the adults actually employed in the US are paid wages lower than would lift them above the official poverty line – and so a fifth of American children live in poverty. Almost half of employed adults in this country are eligible for food stamps (most of those who are eligible don’t apply). The market in labour has broken down, along with most others.

What, exactly, is the point of earning a paycheck that isn’t a living wage, except to prove that you have a work ethic?

You might even say it’s a spiritual impasse, because it makes us ask what social scaffolding other than work will permit the construction of character – or whether character itself is something we must aspire to. But that is why it’s also an intellectual opportunity: it forces us to imagine a world in which the job no longer builds our character, determines our incomes or dominates our daily lives.

What would you do without your job as the external discipline that organises your waking life – as the social imperative that gets you up and on your way to the factory, the office, the store, the warehouse, the restaurant, wherever you work and, no matter how much you hate it, keeps you coming back? What would you do if you didn’t have to work to receive an income?….And what would society and civilisation be like if we didn’t have to ‘earn’ a living –

it’s time we asked even more practical questions. How do you make a living without a job – can you receive income without working for it? Is it possible, to begin with and then, the hard part, is it ethical? If you were raised to believe that work is the index of your value to society – as most of us were – would it feel like cheating to get something for nothing?

When work disappears, the genders produced by the labour market are blurred. When socially necessary labour declines, what we once called women’s work – education, healthcare, service – becomes our basic industry, not a ‘tertiary’ dimension of the measurable economy.

Work has also been the American way of producing ‘racial capitalism’, as the historians now call it, by means of slave labour, convict labour, sharecropping, then segregated labour markets – in other words, a ‘free enterprise system’ built on the ruins of black bodies, an economic edifice animated, saturated and determined by racism. There never was a free market in labour in these united states. Like every other market, it was always hedged by lawful, systematic discrimination against black folk.

and yet…. We have defined ourselves for centuries by what we do, by what we produce.

But by now we must know that this definition of ourselves entails the principle of productivity – from each according to his abilities, to each according to his creation of real value through work – and commits us to the inane idea that we’re worth only as much as the labour market can register, as a price.

To begin with, what purposes could we choose if the job – economic necessity – didn’t consume most of our waking hours and creative energies? What evident yet unknown possibilities would then appear? How would human nature itself change as the ancient, aristocratic privilege of leisure becomes the birthright of human beings as such?

We won’t have any answers until we acknowledge that work now means everything to us – and that hereafter it can’t.

same day..  he had posted this on fb

I started out as an economic historian writing about banking reform in the Progressive Era.  ….

The “election” of George W. Bush and the political, intellectual, and cultural consequences of 9/11 changed my attitude toward history.  I started a blog in 2003 as a desperate, feeble protest against the militarization of American life and the march toward a “war on terror” in the Middle East.  It has since evolved into a writing experiment, a place where I try out different voices and perspectives, but always with an eye on the past.

My current interests center on the intellectual revolution in the pilot disciplines of the postwar university, ….and on the fetish of work in every current incarnation of critical theory, from Marxism to psychoanalysis.  The latter interest has given me a tentative title for another book.  F@!% WORK, I call it, with an endless subtitle that would just start as follows: Why “Full Employment’ is a Bad Idea, or, When Work Disappears, What Is To Be Done?