The wildness within – some have called it the soul, others the spirit – both of which, according to Webster’s, mean that which animates human life.

It is in vain to dream of a wildness distant from ourselves. There is none such. It is the bog in our brains and bowels, the primitive vigor of nature in us, that inspires that dream.  – Henry David Thoreau

I have always had to dance on a razor’s edge of advocating inner wildness without inspiring images of Lord of the Flies: destructive, uncivilized children run amok, answerable to no one. It is my belief, however — again based on decades of experience — that William Golding’s iconic morality tale isa myth steeped in fear and ignorance. Few are aware the Golding was a schoolmaster in the elite Church of England grammar school when he wrote Lord of the Flies and other novels with similarly dark, Hobbesian themes. I will argue that the savagery into which those marooned schoolboys descended is a projection of the author’s Calvinist heritage and the accompanying fear of wildness that I described in ch 2. That said, perhaps if some of Golding’s students really had been shipwrecked on some deserted island, they would indeed have sunk to such depths. It’s not too hard to picture a group of upper-class English boys, raised by surrogates in a rigid atmosphere  of emotional denial and fierce competition, being reduced to the lowest common mammalian denominator in the absence of adult control.

Children whose inner wildness is respected and nurtured are inherently civil. .. Here I unabashedly join the ranks of the so-called Romantics, who believed that children are inherently pure and good. I stand shoulder to shoulder with Freud’s radical student Wilhelm Reich, who declared that children at their core are loving, responsible, and sociable beings. It is only when they are neglected, traumatized, excessively managed, or overindulged that they develop a defensive, middle layer of distrust, aggression, and out-of-control impulses. Again, my belief is not merely theoretical; it is built upon intimate interactions with hundreds upon hundreds of different kinds of children, including two of my own, in an environment where they are not pressured into conforming to a set of standardized expectations, where they are loved and touched and spoken to honestly, where they can associate freely with people of all ages — in short, where they can be themselves.

When one lives fully in one’s body and is comfortable inside on’es skin, one is never at a loss for something interesting to do. Boredom appears when a child is forcibly denied the freedom of movement that was once the birthright of all children.

The Romans had their own version of the daimon, the genius. Their term has fared much better down through the ages: in English, it still means exactly the same thing it once means in Latin, an attendant spirit. The daimon, on the other hand, made a 180-degree turn somewhere along the way, shifting from a beneficent (albeit double-edged) presence to its contemporary English definition: demon. The daimon’s linguistic descent into hell warrants a closer look because its redefinition goes straight to the heart of why I felt compelled to write this book.

Roman genius: a sort of protector – akin to a guardian angel

The daimon: wild, unpredictable, out of control – inner forces that urges on the soul and is the fulfiller of the choices

The Greek word for happiness is eudaimonia – a well pleased daimon. However, the notion that the key to a good life is to live in harmony with one’s passions and follow an inner rather than an outer guide didn’t sit too well with early Christian theologians. As far as they were concerned, we are all guided by and external God with a single master plan.

..In the last four centuries Newton’s universe-as-machine model has come to govern all of the domains of childhood.

Nietzsche’s observation was that the dominance of Newton’s entirely rational and mechanical model was stifling human originality and creativity.

May, psychotherapist, was concerned with a pervasive pattern of inner emptiness in his clients. Something had rendered them passive and immobile, unable to take charge of their lives.

The trouble is that we evade the daimonic by getting lost in the herd, allowing modern-day conformity and anonymity to keep us from listening to the inner voice about which Socrates spoke.

James Hillman writes about the daimon:

The daimon motivates. It protects. It invents and persists with stubborn fidelity. It resists compromising reasonableness and often forces deviance and oddity upon its keeper, especially when it is neglected or opposed.. It is out of step with time, finding all sorts of faults, gaps, and knots in the flow of life — and it prefers them. 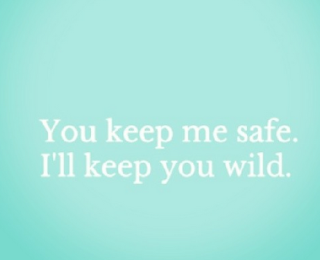 best safety: gershenfeld something else law

our fear of play and fear of arbitrary ness.. of wildness.. is keeping us from us.. in other words.. keeping us the most unsafe..

..I come into the peace of wild things
who do not tax their lives with forethought
of grief. I come into the presence of still water.
And I feel above me the day-blind stars
waiting with their light. For a time
I rest in the grace of the world, and am free

arbitrary ness as free enough to be wild ness