the above from this idea/thinking… 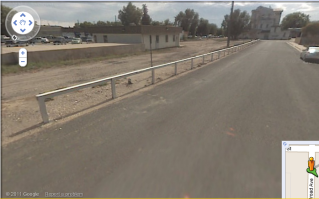 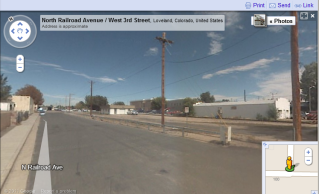 adding perhaps a large screen so spectators can view from all angles, so avid skateboarders or bikers can critique and learn from all angles, having camera helmets,..
different ideas on painting, even to paint on the wheels, so it’s always morphing..

video above is Cristian and Peter’s answer to why do this?
per kids’ discussion: perhaps architect for humanity, or anyone that could mentor us, can see that while we might not have the visibly urgent needs of disaster relief in Japan, or hunger/thirst in Africa, or countless other needs in other places in the world, we are dying as well, from not participating wholeheartedly in life, from perhaps less visible threats… we want to create spaces to bring people together…we want to create more community in our town… in the people right around us…

The average high school kid today has the same level of anxiety as the average psychiatric patient in the early 1950s.”

Kelly McGonigal discusses a *three-step process to shifting your mindset when anxiety arises.

*links to book – the upside of stress – on hold at library

drawing the scientific community’s attention to the effects of stress on physical health and popularizing the concept around the world. (In addition to his scientific dedication, Selye also understood the branding component of any successful movement and worked tirelessly to include the word itself in dictionaries around the world; today, “stress” is perhaps the word pronounced most similarly in the greatest number of major languages.)
[..]
Dr. Esther Sternberg. Her groundbreaking work on the link between the central nervous system and the immune system, exploring how immune molecules made in the blood can trigger brain function that profoundly affects our emotions, has revolutionized our understanding of the integrated being we call a human self.
[..]
Sternberg examines the interplay of our emotions and our physical health, mediated by that seemingly nebulous yet, it turns out, remarkably concrete experience called stress.
[..]
Rather than asking if depressing thoughts can cause an illness of the body, we need to ask what the molecules and nerve pathways are that cause depressing thoughts. And then we need to ask whether these affect the cells and molecules that cause disease.
[..]
This dichotomy of good vs. bad stress, Sternberg notes, is determined by the biology undergirding our feelings — by the dose and duration of the stress hormones secreted by the body in response to the stressful stimulus.
[..]
If you were to measure the stress hormones in your blood or saliva, they would already be increased within three minutes of the event.

george’s vconnection words.. about measuring us

[..]
What makes stress “bad” — that is, what makes it render us more pervious to disease — is the disparity between the nervous system and immune system’s respective pace.

There is strong evidence to suggest that in nearly all chronic conditions, from cancer, ALS, or multiple sclerosis to autoimmune conditions like rheumatoid arthritis, inflammatory bowel disease or Alzheimer’s, hidden stress is a major predisposing factor

can’t define stress.. nobody’s been able to.. hans selye 1936 – non specific response of body to any demand of change.. redefined.. rate of rare and tear on body.. everybody knows what stress is .. but nobody really knows..

Hans Selye’s ..theory of the “General Adaptation Syndrome” and its resultant “Diseases of Adaptation”

With man’s highly developed cerebral cortex, emotional loss may well be perceived as being as significant or even greater stress than a physical separation.

There is also evidence that increased stresses associated with progressive civilization, contribute to cancer.

Tanchou noted that “cancer like insanity increases in a direct ratio to the civilization of the country”.

Similarly, Roberts wrote in Malignancy and Evolution (1926), “I take the view commonly held that, whatever its origin, cancer is very largely a disease of civilization”.

from Maria (also added above.. but noting diff parts this time around):

But stress isn’t a direct causal function of the circumstances we’re in — what either amplifies or ameliorates our experience of stress is, once again, memory. Sternberg writes:

Our perception of stress, and therefore our response to it, is an ever-changing thing that depends a great deal on the circumstances and settings in which we find ourselves. It depends on previous experience and knowledge, as well as on the actual event that has occurred. And it depends on memory, too.

Sternberg points to research by psychologist Rachel Yehuda, who found both Holocaust survivors and their first-degree relatives — that is, children and siblings — exhibited a similar hormonal stress response.

This, Sternberg points out, could be a combination of nature and nurture — the survivors, as young parents for whom the trauma was still fresh, may well have subconsciously taught their children a common style of stress-responsiveness; but it’s also possible that these automatic hormonal stress responses permanently changed the parents’ biology and were transmitted via DNA to their children. Once again, memory encodes stress into our very bodies

upside of stress by Kelly McGonigal