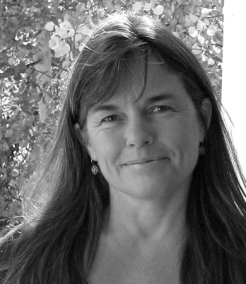 Carol Black’s, Schooling the World is on constant replay.. as is hearing her words about redefining school..

getting this right in america is so important, because the world does copy us

Through her work, she’s introduced us to some amazing people, like Manish Jain, Wade Davis, Vandana Shiva,  ..

Below find Carol speaking at ISEC’s [International Society for Ecology and Culture] Economics of Happiness conference in Berkeley, California, in March 2012.

the literacy rate was 95% something before public ed..
when people have a need to be literate.. they will be literate..

[mix this same figure with Denise Pope’s research at Stanford – 95% acknowledge cheating. what are we thinking.. no?]

Our kids are so drowned in disconnected information that it becomes quite random what they do and don’t remember, and they’re so overburdened with endless homework and tests that they have little time or energy to pay attention to what’s happening in the world around them.  They are taught to focus on competing with each other and gaming the system rather than on gaining a deep understanding of the way power flows through their world.   The most academically “gifted” students excel at obedience, instinctively shaping their thinking to the prescribed curriculum and unconsciously framing out of their awareness ideas that won’t earn the praise of their superiors.  Those who resist sitting still for this process are marginalized, labeled as less intelligent or even as mildly brain-damaged, and, increasingly, drugged into compliance.

If before we reach the age of majority we must submit our brains for twelve years of evaluation and control by government experts, are we then truly free to exercise our vote according to the dictates of our own common sense and conscience?  Do we even know what our own common sense is anymore?

When Thomas Paine wrote the pamphlet that helped ignite a revolution, he didn’t title it, “Expert Assessment by a Certified Professional,” he titled it “Common Sense.”  In other words, the very root, the very essence, of any theory of democratic liberty is a basic trust in the fundamental intelligence of the ordinary person.   Democracy rests on the premise that the ordinary person — the waitress, the carpenter, the shopkeeper — is competent to make her own judgments about matters of domestic policy, international affairs, taxes, justice, peace, and war, and that the government must abide by the decisions of ordinary people, not vice versa.  Of course that’s not the way our system really works, and never has been.   But most of us recall at some deep level of our beings that any vision of a just world relies on this fundamental respect for the common sense of the ordinary human being.

Occupy your brain – rings of,,,

And our vision of a redefinition of public ed, that everyone talks to themselves daily.

Carol also created the Wonder Years with her husband:

we have radically altered our own evolved species behavior by artificially segregating children in same-aged peer groups during the day, by expecting them to be indoors and sedentary.. to learn from artificial text based materials, artificial time tables..

common sense should show us this should have complicated and unpredictable results… around the world every day.. millions and millions of bright children are labeled as failures… marked as brain disordered and drugged.

our approach to ed is extraordinarily authoritarian

what if we removed the element of compulsion..

data about how people memorize a meaningless list of words may or may not have much to do with how they learn in complex, meaningful contexts.

What we do know is that learning can either feel energizing and engrossing, where you are immersed in a “flow” experience of concentration, or it can feel stressful and exhausting, where you have to use enormous will power to force yourself to focus on something you dislike. The former kind of learning is “better,” not because it will necessarily show up as superior on a short test of memorization, but because people who experience the former are more likely to pursue the given activity to a high level over time, because they love it.

Why does this matter?  Because every year our schools fail millions of healthy intelligent children who don’t learn well through normal classroom methods. These kids are not stupid, and the way they are made to feel stupid, day after day, year after year, decade after decade, is child abuse.

If you’re a different personality type, you feel like school is literally killing you.

THE WHOLE SYSTEM is based in non-consent, coercion, manipulation, &amp; demeaning treatment of young people.

The complete and utter failure to see this –– or if you see it, to see why it’s a problem –– is why people wind up deciding that education is un-reformable.

so too ..harm to those good at school