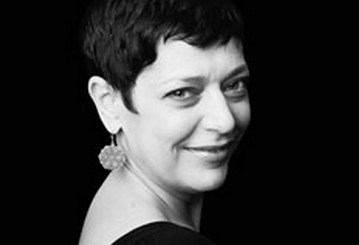 Dr. Idit Harel Caperton is an Israeli-American entrepreneur known for her ed-tech innovations. She is the founder of the World Wide Workshop, a global non-profit, developing platforms that combine game mechanics and social networking for learning. Today, GLOBALORIA (Bonnie)empowers 3000 youth daily in 50 schools to become computational inventors, productive digital citizens, and creative leaders in the global knowledge economy. In mid-80s, she pursued pioneering R&D in computation & cognition at the Harvard Graduate School of Education and MIT Media Lab. In 1990s, her MIT spinoff startup, MaMaMedia, was the first born-on-the-net brand for digital kids and won numerous partnerships, awards, and recognitions. Idit is a dreamer, learning theorist, education activist and opinion leader, award-winning author, a HuffPost Blogger, mentor of young entrepreneurs, and she serves on several prestigious higher-education, media, and non-profit boards.

her personal life is fascinating..

Caperton was born Idit Harel in Tel Aviv, Israel. She often compares the early years of Israel to a business startup. Israel was a 10-year-old democracy when she was born, and in the process of building socio-political systems that combined leftist philosophies of cooperation and mutual reliance with free enterpriseentrepreneurship. While a youth in the Levant, she experienced the Six Days War, the Yom Kippur War, and the 1982 Lebanon War. These events, along with other regional conflicts, such as the Gulf War, the First Intifada, and the Al-Aqsa Intifada, have led Caperton to actively support efforts to foster, build, and sustain peace in the Middle East and throughout the world.

In 2003, she married her second husband, Gaston Caperton,(divorced 2012), former Governor of West Virginia (1989–1997) and past President of the College Board, the organization responsible for the Advanced Placement (AP) programs and SAT examinations. They live in New York City and together have five children and five grandchildren. In addition, they continue to own a residence in West Virginia.

Caperton was instrumental in figuring out the role and meaning of computational technology for learning, education, and society, and in 1985, Caperton and her colleagues at MIT built the first model school of the future, where every student had a PC, worked on creative programming projects, and constructed knowledge through a project-based learning and social interaction.

During her time at MIT, Harel Caperton co-wrote and published several articles with Seymour Papert (creator of the Logo programming language), and in 1991 they co-edited and published Constructionism, the first book about constructionist learning. This book includes their articles and several other works by the first generation of MIT Media Lab researchers in the (then emerging) fields of Media Technology Arts and Sciences, and Epistemology and Learning. She continued to work at the Media Lab with Papert and Nicholas Negroponte until 1994. 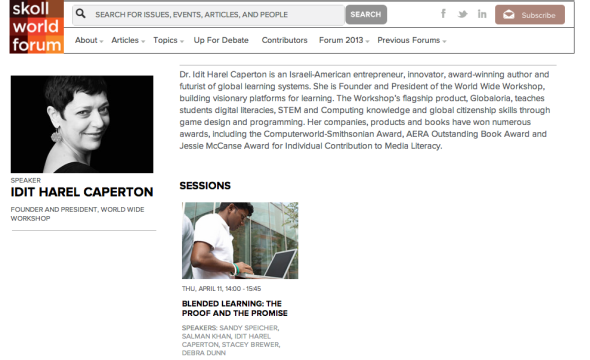 Most important to note in this history tale, is that all these cool learning tools, were designed to think about thinking – NOT about JOBS.

The theoretical focus and motivation of these Learning Explorers was first and foremost on learning learning.

Finally, I hope you agree with me that learning computing should become mandatory in all schools, and should be viewed in the same level of importance and context as reading and writing. We must move beyond pop computing in schools starting tomorrow.

*How do we teach Daniella CS is a much bigger project than giving her little apps on an iPad with some bits of code to move around the screen?

Ideally, Daniella must be challenged and encouraged to think differently in all *grade levels, subjects and topics, learn to read and write and talk about her various computing projectsevery day in her academic life, much like her fluency with reading and writing. With this mindset and approach, we’ll help this generation of students fall in love with learning, get engaged with computer science, data science, and creative design thinking, and — also fill those one million exciting new jobs, all of which require so much more than dragging and clicking.

*to me…school (w or w/o cs) compares to hour of code…
imagining deeper…ie: hlb