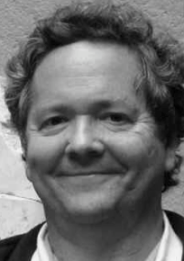 We are producers & makers more than consumers. You can learn whatever you want.

Also liked their take on proof. (fitting to – what about proof – bunker roy – flavors of success – et al)

Dale is the founder of MAKE Magazine:

and creator of Maker Faire:

Find him on rebelmouse http://www.rebelmouse.com/dalepd

hacking – making things do what you want them to do

really wasn’t thinking of kids when i started this..

on subversive ness – in schools: making is going to cause a significant change.

standardization is antithetical to creativity.. so making – is subversive to that – undermines the status quo

what we need to hasten  -for entire community.. as the day ness

flipping to practice over theory

where in the community are we going to help support the development of young people.

do things where people get their recognition for who they are and what they like to do..

we should understand this differently than Dewey did.. ie: we know the brain lights up when you use your hands… not just doing something old – but something advanced…

We first met up with Dale at bif 6:

I love to learn – why I get out of bed

I wanted to make books

Risk for the mill (symbol of the industrial revolution, harvesting water to do something useful)

1795 – explained and described operation and construction of a mill

1805 – book how rail could connect the world

Evans dies in 1815, and can find it on google reader, young mill – wright

Early days – got money before published, printed who subscribed, in this book george washington, and thomas jefferson

We’ve published those kinds of books, not ones that you’d sit at home and read, but if you wanted to learn something…

Make – wanted to publish the instructions of how to do stuff, not just learn, but do things

Look for chance to perform and get feedback

Swinging in the rain

Diy – you can learn to do anything

Our ed system doesn’t give people that power

The way it makes connections in the community

Every person we meet, everything we do, creates value for ourselves and for our lives

he recovered in his health

may 2015 – father of maker movement on breaking rules et al

If you look in their eyes, you see the same joy and passion today that I saw at our first Maker Faire. You sense a child-like curiosity and wonder that never seems to age. They may look different in other ways, have new things to demo including 3D printers and drones, but makers are still having fun and enjoying each other.

edSurge: If money was no problem, what would be in your perfect makerspace?

Dougherty: It would look like a village where you had all kinds of people who knew how to make all kinds of things, and you could spend time learning from them, having them show you how they use their tools or work with materials. Some would be scientists and engineers; architects and designers; artists and craftsmen. I’d also have people who knit and weld, those who love model trains or Legos. I’d like to see all those people with their own interests and personalities working on their own and working together. What makes a makerspace awesome are the people who know how to do things and love what they do.

in the city. as the day. a nother way.

I have to say I hate it when making is some contrived exercise. You know, someone hands out a bag of parts and then asks people to demonstrate how they can be creative problem-solvers. I immediately want to go do something else more interesting.

What interests me about makers is that they don’t seem to pay much attention to titles and credentials. They will attempt to do things just to experiment, usually without asking anyone’s permission. This is a kind of freedom that many professionals never experience for themselves.

Making represents the kind of informal learning that happens mostly outside of school. Part of me didn’t want to see it in school because it would lose its magic if it was to become defined as curriculum. I want making to flourish as something we do because we discover it and love to do it — not because we are forced to do it. I’ve also come to think that rather than having making fit into school, we should transform our schools so that this kind of informal learning is given greater emphasis and so-called formal learning de-emphasized.

learning more about Dale in reading Tim‘s weaving the web..

ie: first www wizards workshop (1994) .. in cambridge… set up by dale dougherty… who again quietly managed to gather the flock.