odds in our favor 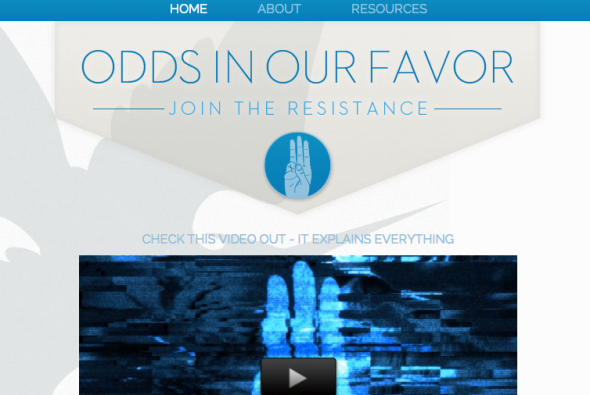 ODDS IN OUR FAVOR: THE RESISTANCE IS CATCHING FIRE

Economic inequality knows no boundaries — it is pervasive and persistent, and it affects every city, region, and country across the world. The gap between the wealthy and the poor grows wider every day, while the middle class shrinks and more people find themselves short of what they need to get by.

Who controls the narrative? The rich and powerful tell us that if we put our heads down and work hard, we can overcome the odds and join the ranks of the victors — the wealthy and privileged few. However, it’s increasingly clear that the game is rigged, and that we have an important role to play: At best, we are the loyal consumers. At worst, we are the ones who slip through the cracks.

And that’s why we’re taking back the narrative. The Hunger Games explores numerous themes that are relevant to the imbalances that exist in our world. In Catching Fire, Katniss Everdeen solidifies her role as a symbol for change and sets the resistance in motion. Thus, the release of the Catching Fire film represents a perfect opportunity to establish a dialogue about our own problems and set the wheels in motion for positive change. Instead, Catching Fire is being used as an opportunity to sell makeup and fast-food sandwiches.

And we have a very simple response to that: Not on our watch.