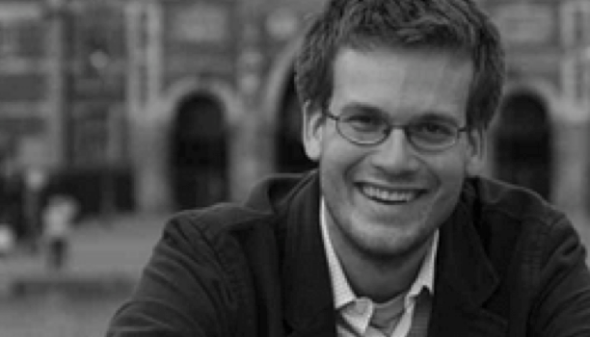 Why Are American Health Care Costs So High?

because it’s difficult to put a price on… not dying

ORIGINAL: By the incomparable John Green, who says the following about his sources: “For a much more thorough examination of health care expenses in America, I recommend this series at The Incidental Economist and The Commonwealth Fund’s Study of Health Care Prices in the U.S. Some of the stats in this video also come from this New York Times story

John Green and his brother Hank ran a video blog project called Brotherhood 2.0. The original project ran from January 1 to December 31, 2007, with the premise that the brothers would cease all text-based communication for the year and instead converse by video blogs, made available to the public via YouTube and on their Brotherhood 2.0 website.

In their December 31, 2007 video, the brothers revealed their decision to continue vlogging even though the project had ended. Following the conclusion of Brotherhood 2.0, a website was set up for their fans at http://www.nerdfighters.com. The duo also created a sub-project of Vlogbrothers called Truth or Fail, a game show that is most frequently hosted by Hank in addition to a variety of guest hosts.

Starting in 2012, Green and his brother started a short-format education video series entitled Crash Course with Green teaching World History and his brother teaching Biology.Crash Course has since expanded to include Literature, Ecology, American History, and Chemistry.

catcher in the rye p1:

catcher in the rye p2:

his touching book and movie (using actors of divergent – fitting).

i can’t thank you enough for our little infinity…

p. 9 – it occurred to me why they call it eye contact.

p. 123 – you are so busy being you that you have no idea how utterly unprecedented you are.

p. 139 – the weird thing about houses is that they almost always look lie nothing is happening inside of them, even though they contain most of our lives. i wondered if that was sort of the point of architecture.

p. 142 – the pain was always there, pulling me inside of myself, demanding to be felt.

p. 151 – there are 7 billion living people, and about ninety-eight billion dead people. there are about fourteen dead people for every living person.

p. 156-7 – i thought about how wonderfully strange it would be to live in a place where almost everything had been built by the dead….. out city has rich history, even though many tourists are only wanting to see the red light district. he paused. some tourists think amsterdam is a city of sin, but in truth it is a city of freedom. and in freedom, most people find sin.

p. 212-3 – but the important thing is that, according to maslow, until your physiological needs are satisfied, you can’t even worry about security or social needs, let alone “self-actualization,” which is when you start to , like, make art and think about morality and quantum physics and stuff.

according to maslow, i was stuck on the second level of the pyramid, unable to feel secure in my health and therefore unable to reach for love and respect and art and whatever else, which is, or course, utter horseshit: the urge to make art or contemplate philosophy does not go away when you are sick. those urges just become transfigure by illness.

maslow’s pyramid seemed to imply that i was less human than other people, and most people seemed to agree with him. but not augustus.

p. 217 – abraham maslow, i present to you augustus waters, whose existential curiosity dwarfed that of his well-fed, well-loved, healthy brethren. while the mass of mean went on leading thoroughly unexamined lives of monstrous consumption, augustus waters examined the collection of the rijksmuseum from afar.

Raoul Meyer, the history teacher, told me, “John strikes me in some ways as the same teen-ager he once was, just trying to figure out his place in the world. Only now the world is changing much faster and he’s an agent of that change, creating the world he’s trying to fit into. And that’s a tough role.”

In which John discusses his visit to the Yekatit 12 hospital’s NICU in Addis Ababa, Ethiopia, and the extraordinary neonatologist there, Dr. Mulualem Gessesse, who has saved the lives of thousands of children.

listen to each other (us ness)

The nerd’s guide to learning everything online

i felt ed was a series of arbitrary hurdles… i didn’t want a good job..

then i found myself in a community of learners

my map got bigger.. more things that might happen

In a video posted this summer, he discussed how difficult it is to talk about his experience of obsessive compulsive disorder, in part because language so often fails to capture abstract feelings.

With “Turtles All the Way Down,” Mr. Green tried to bridge the language barrier by bringing readers inside Aza’s consciousness, subjecting them to her anguished obsessions. Now, with the book’s release, he’s speaking to fans and interviewers about something deeply painful and personal.

turtles all the way down

So @johngreen is my favorite presenter. He is the most 100% present and 100% not present person. He is both of these simultaneously and it’s like his brain is tapping into other dimensions (with a slightly tucked in shirt). #podcon