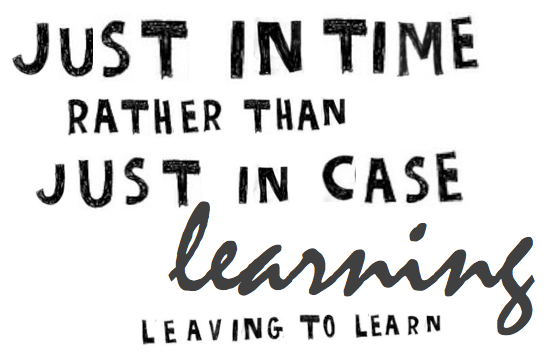 via interview with Peter Wise: http://media.all4ed.org/webinar-may-22-2013

Elliot boils it down to 3 things:

3. believe nothing is impossible (taking hopes/dreams of #1 seriously)

when do people go deep?

His findings – to that inquiry:

when they have an illness and are away (from school) for a long period of time. key – time and space where they are not interrupted.

“We have a bold strategy for revitalizing schools and for graduating and preparing young people for success in their future learning and work. This “leaving to learn” strategy is driven by our image of that future. Our goal is not merely to graduate every student but to prepare graduates who are uncommonly ready for success in their workplaces and their communities.”–Elliot Washor and Charles Mojkowski

It’s an alarming fact: in the U.S., one student drops out of school every 12 seconds. Elliot Washor and Charles Mojkowski, both of Big Picture Learning, have a proven, innovative solution for stemming the flow of drop-outs and breaking the cycle of disengagement that leads up to it. It’s called leaving to learn. Leaving to Learn helps us deeply understand the real reasons kids drop out and the essential conditions for productive learning that today’s adolescents require. The authors then make a compelling argument: in order to retain students through to graduation, schools must offer experiences where students do some of their learning outside of school. With common sense “rules of the road,” the authors offer nuts and bolts guidelines for implementing a high-quality Leaving to Learn program, including:examples of the many forms of out-of-school learning: internships, travel, community service, independent projects, and moreseamlessly integrating students’ outside learning with in-school curriculum
assigning academic credit for out-of-school accomplishments.
Isn’t it time to try more innovative ways to address the challenges of our nation’s dropout rate? We can keep kids in school and prepare them for life after graduation by delivering authentic learning experiences that matter to them. The first step is taking down the barriers between school and the outside world. The first step is letting them leave, to learn.

Elliot via work with Dennis Littky

crazy ton of notes… from book

Posts from this Book

Implementing leaving-to-learn programs is a large, multiyear undertaking.
Note: unless…

Reverend Frederick Eikerenkoetter “Ike” Jr. observed, “When you discover who you are, it doesn’t matter what you’ve been.”

Note: unless…
What if schools’ most powerful learning spaces were not classrooms hung off long, bleak corridors but artists’ studios, coffee shops, garages, makerspaces, and machine shops? What if these alternative learning places and spaces were increasingly more important than traditional school spaces in helping learners develop important skills and understanding?
Note: city as school
What all these resources require is a framework, a system for helping each learner make sense of these resources and integrate them into a personalized learning plan.
Note: curiosity app
“third places” (the home and the workplace are the first and second), where people congregate and form multipurpose communities. Schools need to infuse learning opportunities into third places where their students congregate; give credit for learning wherever and whenever it occurs;
Schools need to come up with new ways of credentialing learning that are based on demonstrations of skills and understanding developed in any setting.
Note: the brain-ish via curiosity app

Researchers have calculated the cost to society of dropouts but have missed the significantly larger cost of disengaged students who graduate from high school but are nonetheless unprepared for lifelong learning and whose talents and potential have been sadly ignored, often because those talents lie outside the traditional subject matter focus of a cognitive/abstract curriculum.

The most serious impediment is the failure to embrace the community as a place of learning where young people form relationships with adult mentors with similar interests, build their social capital, and add value.

do students who do a lot of their learning outside school develop more competence in acquiring and using social capital?
Note: social capital… from where..?
when our nation laments the decline in creativity and invention, it seems ever more imperative that schools create some significant alternatives to themselves, to think outside the box, the school box, that is. Such alternatives might question the need for all students to pass algebra or to attend a four-year college after high school graduation. Such alternatives might employ a wholly different structure for the school day focused not on subject areas but on the types of student work: projects, workshops, lectures, tinkering, exhibitions, and so forth. Teachers and principals must lead that redesign...

free to – leaving to

The new competition asks districts “to show us how they can personalize and individualize education for a set of students in their schools,” Secretary Duncan stated. “We need to take classroom learning beyond a one-size-fits-all model and bring it into the 21st century.”

“We are excited to see these changes being encouraged in schools across the country,” states Dennis Littky, co-founder of Big Picture Learning. “For over 17 years, Big Picture Learning has been on the front line of innovative personalized education. Once you find their passion and invite the student to drive their own education, the end results are phenomenal.”