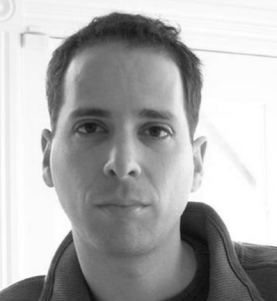 Ori holds a BA in peace and conflict studies from UC Berkeley and an MBA from Stanford University Graduate School of Business.

we found him via Jason – who suggested we read – The Starfish and the Spider:

3. an open system doesn’t have central intelligence; the intelligence is spread throughout the system.

5. the decentralized organization sneaks up on you

7. put people into an open system and they’ll automatically want to contribute

some other things that denote decentralization: no person in charge, no real hq’s, no division of roles, if a part wiped on – carries on, knowledge/power distributed, flexible, can’t count participants, participants communicate directly

because no one is in charge – everyone is responsible

the real culprit is the system.

it’s not that open systems necessarily make better decisions. it’s just that they’re able to respond more quickly because each member has access to knowledge and the ability to make direct use of it.  – p. 39

open system – no way to tell  how many members, no one knows, because no one is keeping tabs. constantly mutating, flexible, equal.

there isn’t an ownership issue, more of a delight in remix issue…

as soon as an outside force presents itself, the decentralized organization quickly mutates to meet the new challenge or need

catalyze a new idea, then get out of the way. leaving the organization without a central brain, and, in so doing, giving it the power to mutate and continually alter its form

at the extreme of decentralization, we encounter a gray zone wehre a very loose collection of people have a surprising amount of power.

talking of #7 above and burning man: It’s strange how quickly you get used to this gift economy. It’s liberating to feel that nobody is trying to sell you anything. If you want their product, you can have it. If you don’t, that’s fine.

when you give people freedom, you get chaos, but you also get incredible creativity.

on wikipedia – et al – nobody is the boss of anybody. people just pick up projects and work on them. no schedule, no direction.

The moment you introduce property rights into te equation, everything changes: the starfish organization turns into a spider. – driven by competition..

the open source movement has thrown the industry into chaos. the availability of free open-source alternatives means that customers have a lot more freedom to leave. – if you love someone, set them free. – as industries decentralize, will companies give their customers freedoms that were previously unimaginable?

where creativity is valable, learning to accept chaos is a must

Rod Beckstrom – The Starfish and the Spider

cut the head of a spider off – it dies, because it’s a centralized organism

cut off the arms of a starfish – it comes back, in the amazing Linckia – cut off all five arms, five new starfish

why – because it’s perfectly decentralized. it does not have a single central organ.

the most important trend – swing back – from top down – to flat.