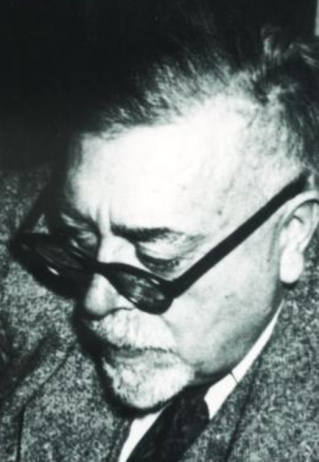 intro’d to Norbert because of mention (of human use of human beings) in Joi Ito‘s resisting reduction manifesto:

While I had long been planning to write a manifesto against the technological singularity and launch it into the conversational sphere for public reaction and comment, an invitation earlier this year from John Brockman to read and discuss The Human Use of Human Beings by Norbert Wiener with him and his illustrious group of thinkers as part of an ongoing collaborative book project contributed to the thoughts contained herein.

Norbert Wiener (November 26, 1894 – March 18, 1964) was an American mathematician and philosopher. He was a professor of mathematics at the Massachusetts Institute of Technology (MIT). A child prodigy, Wiener later became an early researcher in stochastic and mathematical noise processes, contributing work relevant to electronic engineering, electronic communication, and control systems.

Wiener is considered the originator of cybernetics, a formalization of the notion of feedback, with implications for engineering, systems control, computer science, biology, neuroscience, philosophy, and the organization of society.

Although Wiener eventually became a staunch pacifist, he eagerly contributed to the war effort in World War I.

During World War II, his work on the automatic aiming and firing of anti-aircraft guns caused Wiener to investigate information theory independently of Claude Shannon and to invent the Wiener filter. (To him is due the now standard practice of modeling an information source as a random process—in other words, as a variety of noise.) His anti-aircraft work eventually led him to formulate cybernetics. After the war, his fame helped MIT to recruit a research team in cognitive science, composed of researchers in neuropsychology and the mathematics and biophysics of the nervous system, including Warren Sturgis McCulloch and Walter Pitts. These men later made pioneering contributions to computer science and artificial intelligence. Soon after the group was formed, Wiener suddenly ended all contact with its members, mystifying his colleagues. This emotionally traumatized Pitts, and led to his career decline. In their biography of Wiener, Conway and Siegelman suggest that Wiener’s wife Margaret, who detested McCulloch’s bohemian lifestyle, engineered the breach.

He was a strong advocate of automation to improve the standard of living, and to end economic underdevelopment. His ideas became influential in India, whose government he advised during the 1950s.

After the war, Wiener became increasingly concerned with what he believed was political interference with scientific research, and the militarization of science. His article “A Scientist Rebels” for the January 1947 issue of The Atlantic Monthly urged scientists to consider the ethical implications of their work. After the war, he refused to accept any government funding or to work on military projects. The way Wiener’s beliefs concerning nuclear weapons and the Cold War contrasted with those of von Neumann is the major theme of the book John Von Neumann and Norbert Wiener.

“Wiener refused, for ethical reasons, to accept research contracts from the military or from corporations seeking to exploit his ideas. Since the military and corporations were the main sources of research support, Wiener’s defiance hindered his progress”
https://t.co/INfWVB1jpr
Original Tweet: https://twitter.com/ultimape/status/1305462339442036738