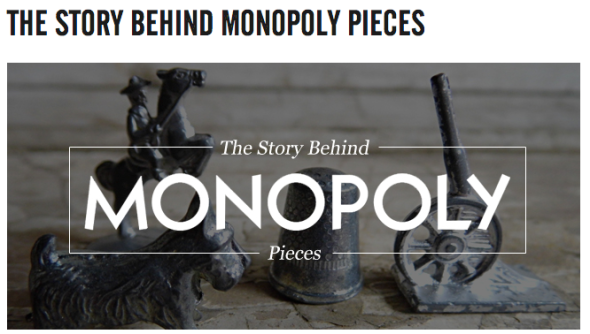 may be resonating.. and of interest.. as we describe some new pieces.. to a new game..

(on beginnings of game of life and monopoly) – ironically, the game that became an emblem of sporty capitalist competition was originally designed as a critique of unfettered market econ.. magie’s version actually had two variations of game play, one .. players competed to capture as much real estate and cash as possible, as in the official monopoly, and one in which the point of the game was to share the wealth as equitably as possible.. either way you played it.. agenda was same: teaching children how modern capitalism works, warts and all..

magie wrote: .. there are no fairer minded beings in the world than our own little american children.. ‘no fair’.. let the children  once see clearly the gross injustice of our present land system and when they grow up, *if they are allowed to develop naturally, the evil will soon be remedied

(on charles darrow.. claiming monopoly and becoming millionaire) – invention stories like that of abner doubleday and the cow pasture so often fall apart w games because almost tw/o exception our most cherished games have been the product of collective invention.. usually involving collabs that span national borders.. baseball for ie, turns out to have a complicated lineage that includes rounders and cricket an dan earlier game called stoolball. citizens of britain, ireland, france and the netherlands, as well as the us, played a role in the evolution of the game..

so many other forms of human interaction and cognition have analogs in other creatures: song, architecture, war, language, love, family. *rule-governed game play is both ancient and uniquely human.

ugh.. i don’t see this as human.. manufactured human.. ok.. but.. it’s a great ie of (*p 198): the intoxication from kids playing monopoly but not free to see its demise

above story via steven.. also in kate’s doughnut econ p 128

monopoly coming out with – cheat edition

When the precursor to Monopoly was originally thought up by Lizzie Magie in 1904 — then called the Landlord’s Game — its purpose was not to celebrate the acquisition of wealth. It was a harsh criticism of wealth disparity.

As author Mary Pilon — who wrote a book about Monopoly called “The Monopolists” — wrote in Smithsonian Magazine, Magie’s “stated goal was to demonstrate the evils of accruing vast sums of wealth at the expense of others.”

Magie reportedly took particular issue with oil and railroad monopolists — both of which appear in the game.

“In a short time, I hope a very short time, men and women will discover that they are poor because Carnegie and Rockefeller, maybe, have more than they know what to do with,” she told a reporter in 1906, according to Pilon.

While Monopoly eventually became one of the most popular board games in history, its message was certainly lost along the way. Players generally don’t consider the game a satire as they desperately battle to control Park Place. Perhaps this new cheaters edition might finally give them pause.