intro’d to Leila via http://www.newyorker.com/reporting/2013/10/14/131014fa_fact_heller?printable=true&currentPage=all

create dignified work for everyone

imagine if we can facilitate that even deeper – so that people are also doing the thing they can’t not do.. 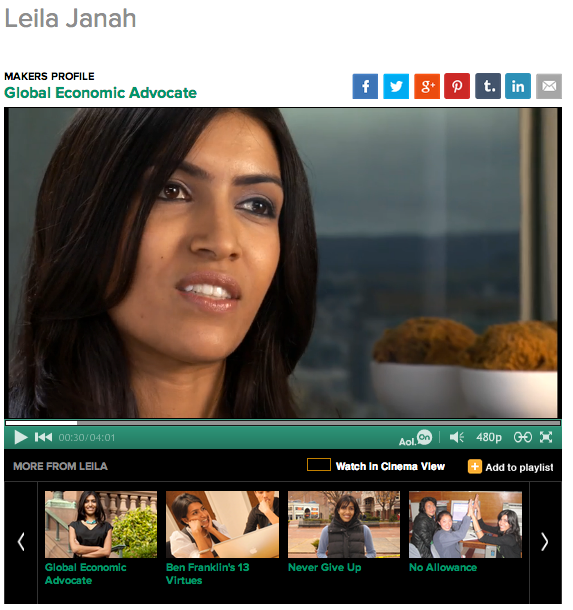 insight from her dad:

luxury is more ruthless than war

to achieve something in life, you have to be a little bit hungry

felt bureaucracy was getting in the way of reducing poverty

why do we keep taking people from their cultures…

work a computer can’t do but a human can

The voices of so many people I’d met in my travels formed a steady chorus in my mind: the best thing you can do to help us is to create dignified work in our communities.

I thought: outsourcing has made billionaires out of a few businessmen. Why not use the same model to provide a few dollars to the billions of people at the bottom of the pyramid?

I was inspired by the work of Muhammad Yunus, the founder of Grameen Bank, and his pioneering model of social business – the idea that you could create a business whose primary purpose was social or environmental impact, with profit taking a back seat.

Leila is founder of Samasource:

Leila Janah is the Founder and CEO of Samasource, a non-profit social business that gives digital work to impoverished people around the world.

She attended the California Academy of Mathematics and Science. She won a college scholarship at 16, but convinced them to let her spend it teaching in Ghana, and attended Harvard University, graduating in 2005 with a degree in African Development Studies. While at Harvard, she consulted to and authored papers for the World Bank’s Development Research Group and Ashoka on social and economic rights. Upon graduation, Janah worked as a management consultant with Katzenbach Partners …

In 2008, she launched Samasource (then called Market for Change), an idea that was inspired by her experiences at the World Bank and in field work in Mozambique, Senegal, and Rwanda while she attended Harvard.