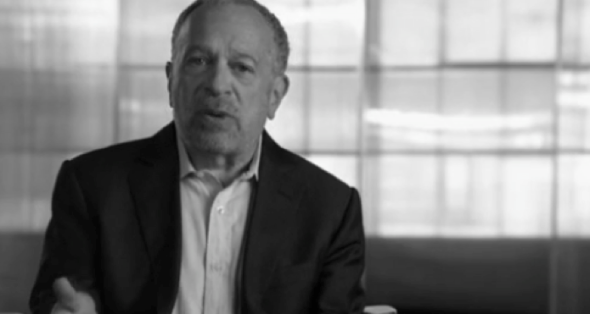 interview about inequality for all with Bill Moyers, july 2013:

these are just rules that can be changed. in a functioning democracy we would be changing them

20 min – here’s where blame is deserved.. wealthy people are buying rules that benefit them

34 min – we’ve gotten to the point that money is so powerful.. that we focus on those on the top

36 min – good explanation on why you can’t say people are choosing to not work because of all the ie: food stamps, aid,…

38 min – causes of the interruption of the cycle.. 1970s ish 1. globalization 2. tech change – those aren’t the real story.. we shouldn’t try to stop them. the real problem is that we didn’t adapt. we didn’t change the rules of the game.

42 min – if we are organized.. we can change the rules..  then he goes on to list some things we could do.. to make the system more equitable.

or perhaps – we could create a new system.. no?

49 min – there’s no other economic system in the world that has worked as well as capitalism… we just need to prevent it from going off the rails.. to make sure it’s working.. ie: via the excesses of greed and power

how do you constrain capitalism from doing things that aren’t in the public interest? you have a democracy.. if the democracy is corrupted itself.. then you get the money out of it

inequality for all trailer:

Robert Bernard Reich (/ˈraɪʃ/; born June 24, 1946) is an American political economist, professor, author, and political commentator. He served in the administrations of Presidents Gerald Ford and Jimmy Carter and wasSecretary of Labor under President Bill Clinton from 1993 to 1997. Reich was born with multiple epiphyseal dysplasia, also known as Fairbanks disease, and as a result stands 4 feet 10.5 inches tall.

Reich is currently Chancellor’s Professor of Public Policy at the Goldman School of Public Policy at the University of California, Berkeley. He was formerly a professor at Harvard University’s John F. Kennedy School of Government and professor of social and economic policy at the Heller School for Social Policy and Management of Brandeis University. He has also been a contributing editor of The New Republic, The American Prospect (also chairman and founding editor), Harvard Business Review, The Atlantic, The New York Times, andThe Wall Street Journal.

on changing patent laws.. to distribute profit to all .. like a basic income

why not leap frog to making patent irrelevant…

cut out all that extra B/paperwork, ie: money..

Robert Reich put “Inequality For All” on Vimeo for free. The password is bernie2016 https://t.co/EV0hxNEh1j

notes – inequality for all:

some inequality is inevitable.. capitalism does generate a lot  of good things.. question is not inequality per se.. it’s when does it become a problem

5 min – of all developed nations.. u.s. has worst ineq by far

17 min – problem isn’t rich are spending so much.. it’s paradoxically that they aren’t circulating that money

25 min – in late 1970s – wages flattened.. while productivity/prosperity continued on up

people would be less concerned about inequality/wealth.. if everybody had a chance to make it…  42% of kids born into poverty will not get out – u.s.

1920 – we made ed a national priority – by late 50s we had best educated work force of any country in world.. most unions.. largest middle class world had ever seen.. and part of a virtuous cycle..

41 min – for years i’ve been writing about investing in people.. then in 1992 i thought i might be able to do something about it.. clinton told me he had read all my books.. his campaign.. put people first.. reich becomes secretary of labor

let’s do this first (quite different than economic energy….. people energy) – not about successful economy.. money to the people.. but rather.. free dom to the people/artist..

44 min – some places rewarded those that had ed and right connections, ie: apple, oracle

winners – consumers, almost everything you’re buying is getting cheaper

47 min – stock options came from.. perversion of bill clinton’s promise in 1992 election – rather than be taxed or not take care of company/employees

48 min – in 2009 during deep reception .. 7 top hedge funders were taking in more than billion dollars each.. remember govt sets rules by which market functions.. we de regulated wall street

53 min – big companies not designed to make jobs.. but to make profit…. who is working in a way that improves american workforce.. nobody

how did middle class manage to keep spending when wages were flat:

59 min – problem… last 3 decades.. nothing fundamentally changed in this inequality

1:00 – in clinton – we had the possibility.. we had budget surpluses… but.. there wasn’t the political will to reallocate.. we didn’t alter the underlying trend.. i became an arse.. i became predictable.. on inequality.. i left.. i had to go home.. had i been a failure.. i’d been saying much of the same for 30 yrs and much has become worse

1:02 – what i tell myself in my quiet moments.. this is what counts… good jobs/wages/opportunity for kids

1:03 – i wouldn’t have spent so much if i didn’t think it would have paid off in social change… when so much accumulates at the very top.. with money comes the capacity to control politics

1:05 – this is where there is blame.. not the wealth.. but they abuse wealth through lobbying… inequality and top tax rates have had an inverse relationship

taxes on top were never under 70% until reagan dropped them… ie: warren buffet – 17%

1:18 – irony – ie: protest at berkley stopped by police – is that we have empowered saying you can’t speak up.. but we’ll listen to the rich

1:19 – i got picked on as a kid.. so made alliances with older boys.. when i was 10 – one of boys.. summer of 64.. was tortured/murdered… my protector murdered by the real bullies.. i think it changed my life.. i had to protect people from the bullies…

1:21 – there’s no single magic bullet.. policy ideas are plentiful.. remember we make the rules of the economy and we have the power to change those rules..

politics is not out there.. it starts here

1:22 – this is not a zero sum game.. history is on the side of a positive social change