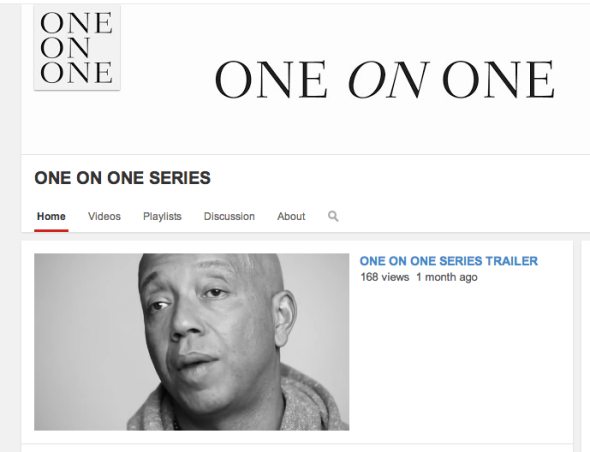 ONE ON ONE is a weekly short-format online interview series that fuses politics and pop culture. The series leverages pop culture icons to attract a youth audience and uses various world leaders and influencers to give an informed global perspective.

The series has been conceived with the express purpose of reaching mobile users, allowing the content to be easily shared on social media. The programming explores politics, social issues and current events in an innovative way to reach and empower its target audience: young people aged 18 to 35.

The series is currently distributed online and is housed on The WorldPost, The Huffington Post’s new international edition. It will also be distributed on Global Grind, amongst other online outlets.

Produced by Katherine Keating, Russell Simmons and Francesco Carrozzini, ONE ON ONE showcases an eclectic group of people, representing a myriad of issues.

one on one trailer:

intro’d to one on one via ideapod.. Katherine Keating..

find/follow one on one series: