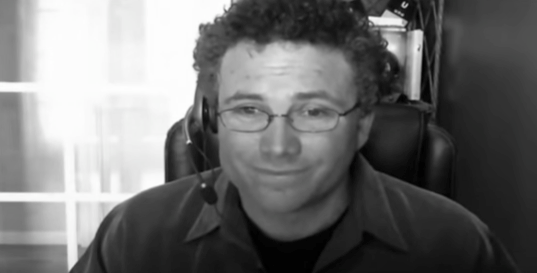 intro’d to Louis here – (where he posted on swarm intelligence)

So, are we humans doomed to make self-destructive global decisions because of something flawed within us?  Or is the Tragedy of the Commons problem a consequence not of our nature, but of our methods for group decision-making?  An optimist, my view is that our tendency for self-destructive decisions is notbecause of a fundamental human flaw, but because our modern decision-making process is broken – the way we mediate opposing interests, weigh competing alternatives, and converge on final outcomes.  The fact is, our current methods are highly influenced by special interests, the more extreme the position the more attention given, thereby producing solutions that not optimal for the common good.

And the problem is getting worse, for we’ve become a “poll obsessed” society, overusing a crude tool meant for quantifying groups, while forgetting that polls do little to encourage consensus or help groups reach smart decisions that support the common good.  Much the opposite, polls usually are polarizing, highlighting the differences in a population, while encouraging special-interests to entrench.  This is why rational and moral individuals are often unable to agree on solutions that are best for the population at large, even in a democracy that aims to achieve this. Instead, we either stagnate with no decision being reached, or we polarize, entrenching around positions that go against the group’s long-term self-interest.

perpetuate\ing not us ness… feed back loop broken

So what’s so terrible about a “hive mind?”  I suspect the negative connotations are primarily a consequence of deep misconceptions about bees.  Many people assume that bees are “drones” that take blind direction from an all-powerful queen.  This is simply incorrect.  The queen has no influence on colony decisions.  Instead, honeybees make decisions by convening a swarm of 300 to 500 of their most experienced scouts, who negotiate in real-time, weighing the alternatives in a democratic and thoughtful manner.  In many ways, their process is less “drone-like” than elections held by us humans wherein most participants reflectively vote along party lines, the decisions being made by a small percentage of independents in the middle.  The fact is, bees negotiate and compromise while we polarize and entrench.  I would argue that nature’s “hive minds” are more enlightened than we humans appreciate.

interest in artificial swarm intelligence. use of collective intelligence to create ai… keeping human in loop

3 min – my goal is to use tech to amplify human intelligence .. by keeping them in the loop… enhanced.. that doesn’t replace people..

4 min – harnessing intelligence is great.. but tech to do that hadn’t changed since 1906

6 min – my goal is to use tech to amplify human intelligence .. exceed human ability by keeping them in the loop… enhanced intelligence.. that doesn’t replace people..

can we keep humans competitive in the intelligence landscape..

7 min – the one thing we have is billions of us.. if we can think together.. in groups.. our tech is aimed at unlocking that..

9 min – tech always have a way of getting out of our control.. that fear is part of my drive.. to .. how can we get smarter ourselves… stay one step ahead of pure software..

11 min – can we use combo of tech and human input… smarter than ourselves..  to solve hard problems.. but with people in the loop… w/our human interests are integral to the way we solve it.. part of the solution..

13 min – humans have a hard time making decisions that are in our best interest..

perhaps be\cause – science of people in schools ness.. and as you say – the way we make decisions today, ie: poll voting..

20 min – on a swarm – a group of people/any type of independent agent.. that will form a system that is a closed loop system.. reacting to each other in real time.. able to negotiate and reach decisions in parallel..  a crowd – usually taking a poll/vote… done asynchrously… discrete input.. not even at same time.. find avg as snapshot.. crowd analogous to poll.. swarm analogous to a system… a poll is often polarizing.. tells diff’s- usually just gets people more entrenched.. exposing/driving extreme views… swarm is unifying.. negotiate in real time.. finding solution whole group that can best agree upon.. perhaps not most popular.. max’s the satisfaction of group.. rather than most popular.. swarms and crowds pretty diff… swarms have potential to find common ground… crowds.. tends to have one voice drown others out

26 min – screen share of how it looks – magnets pulling puck toward answers..

27 min – ? on incentivizing and maximizing the satisfaction of the group

3o min – on comparing smartness of swarm vs crowd vs individual

neural networks is most pursued in ai now.. nature has neural and swarms… swarm intelligence is where you have groups that are smarter.. why fish school, birds flock, and bees swarm.. in schooling and flocking is ability of large group to move together as one.. ai have looked at that for ie: controlling drones

when we look at intelligence…  most fascinating place is honey bee swarms.. because they’re not using swarming to move.. (they flock to move) .. swarming is used for decision making.. and creation of higher level intelligence

39 min – if we could answer questions together…  nature shows us that could be possible. and looking at oscars.. seems we can

? ugh to oscars as measure

40 min – bees have shown nature has found more than a neural network of intelligence…. people forget that in our brain are 100 bill neurons… neural network may be way harder than we think.. swarm intell has been neglected..bees foreign to us… but evidence is there that you can amplify intelligence if you build systems that can work together in a closed loop manner.. a super organism… leveraging all distinct insights..

43 min – q: if coll intell is so great.. why aren’t stocks so good..? a: distinguish herd and swarm.. herd of sheep would jump off cliff… herding behavior amplifies noise..  adaptive for danger et al… why isn’t something coll intell.. often because it has herding in it.. herding happens sequentially… jumping on the bandwagon – social influence bias… if you know what other people think has a great influence on what you think… have a bunch of tools that amplify this.. so turning lots of potential swarms into herds…

46 min – ie: online polling, thumbs up et al… all deeply influence by social influence bias.. very first upvote has 30% influence.. by end has 25% influence.. that’s why we have these decisions amplified on line based by random noise… asynchronous – one vote influences another et al.. leads to herding..

47 min – diff about swarming is that it’s synchronous –  no leaders.. no followers.. reflects signal rather than noise.. a decision that truly taps into group as opposed to tapping into first few people who put into voting system…

diff between swarming and herding.. huge

49 min – artificial swarm – still leveraging biases of group.. so swarm could take on personality …  ie: some great at predicting football.. others not..

52 min – accuracy and usefulness of swarm will be judged same way accuracy usefulness of a person is judged…. so what if you create a swarm of experts..

i thought the plus.. the humanity of it .. was our diff’s.. sounds to engineered.. so too likely to miss.. perhaps what matters most..?

54 min – people are tribal creatures and hard wired to want to be that way… why people like to play team sports.. play in a symphony… back to military research.. people march in step.. creates a feeling of unity..

yes.. but not military.. not awards.. not pro sports… not next president..  ugh

56 min – people really do feel this sense of unity when interacting with people together in real time..

optimized decisions.. how smart can swarms be.. then very next example on unu.. fantasy football… vegas odds..

great thinking .. on swarm ness… but perhaps bad/wrong focus on what being smart about…

then saying … what color gatorade poured on coach – saying that’s silly. i think all the others are perhaps more dangerous…. because we’re not seeing them as silly

1:03 – mouse, touchscreen, neural.. focus now is to get lots of people to form swarms.. so trying to use most commonly available interface.. ie: looked eye tracking, ekg, … right now.. just w/mouse or touchscreen works really well… to pull on magnets of puck..

1:05 – swarms and brains very similar.. collection of individual units that perform an activation signal…  all working in parallel for single decision.. but have to be maintained over time… ie: have to keep magnet next to puck for signal to be maintaining… if confident in answer.. keep magnet close to puck.. so capturing diff levels of conviction..

1:06 – interface have to have this subtly to force people to maintain focus across the decision for their activation signal to be counted fully.

whoa.. so .. needs to be about something that matters… because … forcing people to maintain focus… not good.. not enduring… not us.. no?

1:09 – so optimal.. is group who are skilled/diverse.. it’s not group think. it’s really a group thinking together and negotiating thoughtfully.. takes advantage of all diff knowledge..

1:10 – misconception – we think about our work in the hierarchy of ai… people can’t swarm.. so using software and ai techniques to form these artificial swarm.. so definitely on spectrum of ai… but not just neural.. we’re mostly doing swarm… intelligence that emerges is purely ai.. but people in loop

after listening to Louis.. and previously to Esko Kilpi (where he said we aren’t hardwired like ie: birds that swarm because we choose/think.. but believing in my mind that we are hard wired to dance together as one.. per individual whimsy) wondering if tech can help augment ni/one ness.. the convo of one ness.. by  slowing down the (rapid prototyping to slow ness) waggle interaction (well – not really slowing… more time warping..rather than what Louis is seeking or seems to be seeking with his magnet pulling puck) so that we can both shorten the distance/lag time between intention and action.. as well as lengthen/relax (allow for an echo ic chamber ish) the time to decide/think/reflect..

so.. looking into this just now.. be\cause.. 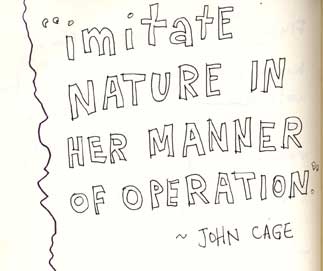 perhaps the biggest myth leading us to group think.. is thinking that we have to choose/negotiate toward one decision..

perhaps ni/www ness will/can allow us to be ginormously small.. allow us to enjoy eudaimoniative surplus…. be\cause.. none of us are free if one of us is chained (to some compromise of whimsy et al)

perhaps the waggle dance.. is more about offering choices/directions.. w/no compromise, rather than get us all deciding on ie: one place to move to. because now tech is capable enough.. to ground the chaos.. and facilitate our whimsy and finding our tribe..rather than coercing us toward a group decision.

watching Louis’s unu magnets drive the puck.. unsettling. all i could think of was.. coercion.. popular persuasion.. too fast to think/reflect.