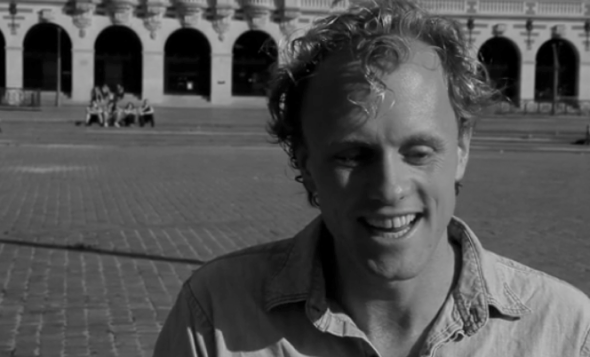 I pumped out project after project visualizing different data sets, pairing each project with a bombastic artist statement about how the work revealed insights about humanity that had previously been hidden.

There was We Feel Fine (a search engine for human emotions), Universe (a system for deducing new constellations for the night sky), I Want You To Want Me (a study of online dating), Lovelines (a portrait of love and hate), 10×10 (a distillation of global media coverage), Phylotaxis (a visualization of science news), and Wordcount (an exploration of language).

I was full of pithy insights about human emotion to spout at cocktail parties, but I started to notice that my data-based insights did very little to help my actual relationships. I began to grow suspicious of data. My insights felt increasingly superficial, and though they made me sound clever and witty, they didn’t do much to help me be kind. The world’s love affair with data was just heating up, but mine was cooling down.

My mind was completely inside the machine, and I’d never felt more alienated from other human beings. …… The show went up, there was a big party, and then people basically went back to their lives.

The project took on a performative quality; I found myself intentionally hunting down interesting situations, just so I could write about them that evening.

how to leave a trail.. ness.. without paying attention to the leaving a trail.. echo chamber of sorts

I began to feel like a spectator to my own life, unsure whether to document it or simply to live it.

I set out to create Cowbird, a storytelling platform for anyone to use. My dream was to build the world’s first public library of human experience — a kind of Wikipedia for everyday life. After making so many projects for people to look at, I wanted to make something for people to use.

If you’re lucky enough to know what brings you bliss, then do that thing at once. If you do it well, and for long enough, the world will find ways to repay you.

the thing you can’t not do ness

Jonathan Harris wants to make sense of the emotional world of the Web. With deep compassion for the human condition, his projects troll the Internet to find out what we’re all feeling and looking for.

Artist and computer scientist Jonathan Harris makes online art that captures the world’s expression — and gives us a glimpse of the soul of the Internet.

because of that end up getting sincere, candid responses

the more you document yourself – you step out of those moments – step out of your life.. feel disconnected..

a prisoner of self-documentation…

building a tool that people can use everyday

compression – communication shorter (pre dates internet) is there another level of compression after tweeting..  [deepening]

– how about 24/7 ness? ginormously smallness

human attention is a finite resource

it’s important because we’ll soon be merging with machines.. important to get it right with software – staging ground for future..

cowbird.. trying to counter trends.. – decided to keep it a small labor of love..

resonating with idea behind…

Each year, a renowned filmmaker gets the chance to present his or her personal documentary Top 10. Internet artist Jonathan Harris will be this year’s IDFA guest of honor who will select his personal top ten.

Harris is one of the most significant artists and innovators to emerge in the digital era. He has achieved widespread recognition for projects such as the interactive We Feel Fine, The Whale Hunt and I Love Your Work.

This is the first time IDFA’s annual Top 10 will not be compiled by a documentary filmmaker, but an interdisciplinary documentary artist. IDFA will present the world’s first ever retrospective of Harris’ work, and Harris will present his personal Top 10 alongside a Master Talk. The retrospective and the Top 10 will be presented both in cinemas and as part of the IDFA DocLab focus program Uncharted Rituals.

For most of that time, my plan was to make a project called “A(s)sign Language,” where the drawings would be presented wordlessly, and viewers would be invited to submit their own interpretations. By “assigning language” to the silent images, a new kind of “sign language” would be born.

no words, speaking out of the silence, helping people see what they already know..t

I am happy to present A Silent Place — about as minimal as a website can be.

May it be a refuge and a mirror.

In alchemy there is the notion that medicine can become poison and poison can become medicine, and that this is largely a question of dose.

..reality is not something you can point at. It is something we co-create together, something we are inside of, that’s all around us..t