adding while listening to people return to the *us constitution has a base.. ie: electing leader every four years et al..

believing we should question that constitution

believing that we’re drowning in *bureaucracy..thinking we’re due a do-over..imagining we focus on just 2 basic needs

love people not b

Since the Constitution came into force in 1789, it has been amended twenty-seven times to *meet the changing needs of a nation now profoundly different from the eighteenth-century world in which its creators lived

According to the United States Senate: “The Constitution’s first three words—We the People—affirm that the government of the United States *exists to serve its citizens. For over two centuries the Constitution has remained in force because its framers wisely separated and balanced governmental powers to safeguard the interests of majority rule and minority rights, of liberty and equality, and of the federal and state governments.”

*served?.. who’s decided what that service looks like.. today we have the means for 7 bn to decide.. we should try that..

The first constitution of its kind, adopted by the people’s representatives for an expansive nation, it is interpreted, supplemented, and implemented by a large body of constitutional law, and has influenced the constitutions of other nations.

seriously…?
we re ok spending our days… reading… signing… passing

how so has it been aspirational..?

googled defn: having or characterized by aspirations to achieve social prestige and material success.

oh. ok. if it’s all about prestige and material success.. ok.

looking into those who are anti constitution ish.. via Kevin..  Sheldon Richman and  [kevin also rec’d https://en.wikipedia.org/wiki/Merrill_Jensen] 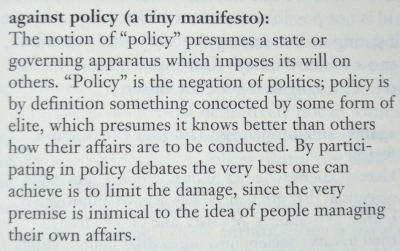 still mulling 135-140 in my head..little brother
why the laws..  checks.. balances…
that’s how we spend our days…more addicted to that than tech or anything ..

Disagreeing with a court decision is fine, but undermining the legitimacy of a judge and the Judiciary Branch is a threat to the Republic. https://t.co/nG23afsGxf (http://twitter.com/Evan_McMullin/status/827891475417595904?s=17)

tweet after about… trying to undermine the president daily..