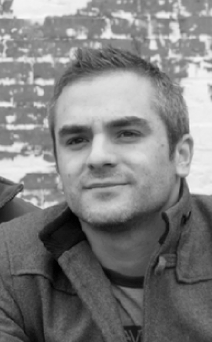 We met up with Ben at bif 6. Visionary.. and doing it.

Lot’s of great talks/articles. It’s a kick to watch the stream of @seeclickfix

Here Ben is at bif6:

Bet neighbors complained, so documented concerns with neighbors, who are now business partners

Worked on it every tues, 3 of them, tues became sat, design and 2 engineers,

had a little distrust for site, but glad that he had a place to report

on tues nights spent a lot of time talking to people, side-clicks

aslo talked to govern leaders, wasn’t a space there,

needed another way to present a disruptive

joined linked in to get to globe, but didn’t work – had to cold call them

If we’re reporting issues, shouldn’t have to report to govern

Wrote – hey by the way – here’s your gift, enjoy it

Not just a place to whine and complain

Report and nothing happens, discouraged

Speak up and gets fixed or someone at least hears

Feedback has inspired your neighbors to do much more

Someone painted their own crosswalk

This is what our forefathers were talking about.. govern should behave more like  web platform and in that action will become more efficient as a community

Willingness to give up control and the ability to listen

We have to champion people are encouraging greater participation

50000th issue from a town in mexico, govern put the widget on site

Bulgaria, I’m going to get this started, it’s not going to work, so I’ll print out reports and walk it in to city hall, called

The stakes ar ehigh„ chance to disrupt the beurocrazy and institution

actionpath (issue is brought to your attention when you walk by it) as – in the middle of seeclickfix (more local/cold issues) and popvox (more govt hot issues..?)

25 min – participation rather than fired up activism

31 min – popvox to go local..? it’s more for a specific problem – local is certainly in the future – really an opportunity for all of us in the civic space for us to work together..

nodes talking to each other

peter levine’s new book – implementation is usually directed at citizens as to what needs to be done – calls it an ease of participation… but he also wants that deliberative democracy motivation.. the ones that set the agenda.. a civic renewal

so what if we don’t need that.. beyond spinach or rock

57 min – as they’re walking down the street

begs we go deeper w the mech.. ie: gershenfeld something else law; as the day ness;…
otherwise.. turns to tattling and chasing our tails
___________